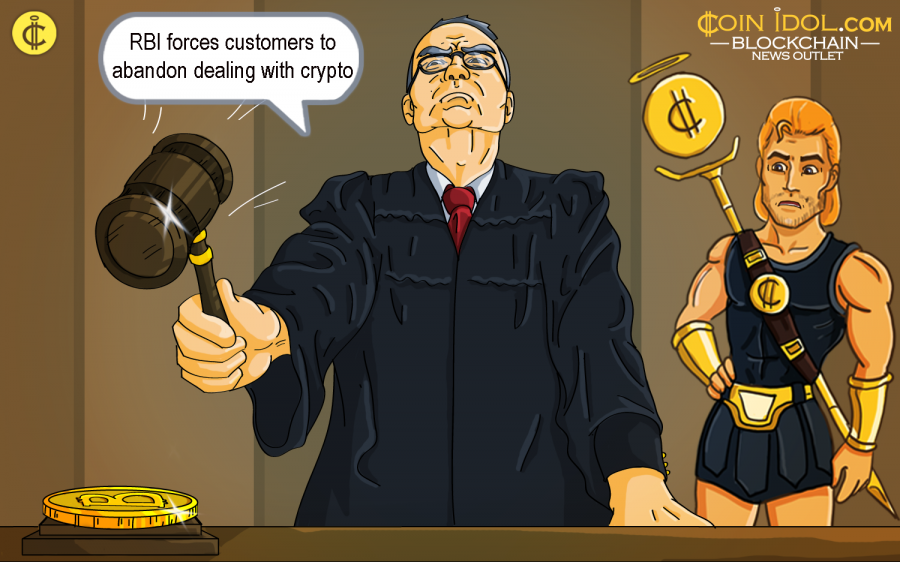 The Reserve Bank of India (RBI) is allegedly forcing the clients of the commercial banking institutions to completely abandon cryptocurrencies including bitcoin (BTC) and stop operating any kind of business activity related to cryptoassets. In case the client wants to set up a new bank account in any commercial banking institution in the country, he or she is forced to sign documents which in this case read that they shan’t deal in any digital currency transactions from their bank accounts.

If the client deals in such transactions related to BTC or any other cryptos then his or her respective bank account shall be shut instantly without any prior notice by the bank in question. The similar notice goes for the already existing clients of all commercial banking institutions in the country.

Be Aware of Dogs

“I hereby declare that I will not deal with any transactions related to cryptocurrency including bitcoins. I also understand and agree that the bank reserves all right to close my account without further intimation in case I am found to undertake such transactions.” 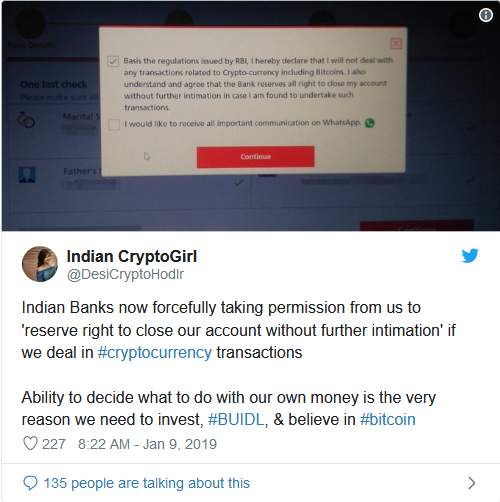 In July 2018, the RBI demanded all banks in India including all private and government commercial banking institutions not permit any time deal in crypto-related transactions which resulted in the shutdown of operations of all cryptoasset exchanges in India.

Crypto Given a Second Yellow Card

Zebpay, the biggest BTC exchange in India by then, had to transfer its activities to Europe – a crypto-friendly continent, amidst the blanket ban. In 2018 also, the founders of Uncoin that was one of the biggest cryptoasset exchange in the country were put behind bars for opening up a BTC ATM in Bangalore sans permission from the concerned authorities. Nevertheless, they later let them go on court bail though the criminal case is still standing.

According to the RBI, they are prohibiting the dealing of cryptoassets such as BTC, Ripple, Ethereum, Litecoin and others. Financial institutions are notifying their clients via emails, text messages and bank’s ATMs. The RBI officials are regularly closely underseeing transactions of the clients to check whether there are any digital currency-related transactions.

However, this effort comes after a committee headed by Subhash Chandra Garg was evaluating the legitimisation of the asset class under solid regulation. A general consensus was even reached indicating that crypto can’t be considered completely illegal, as Coinidol reported.