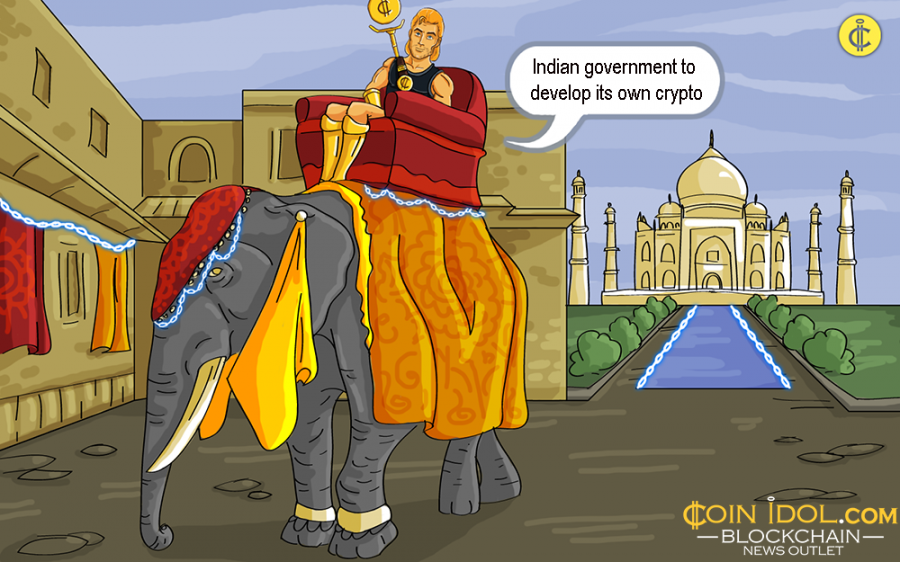 Some time back, the Indian Reserve Bank (RBI) was working tirelessly to sweep Cryptos out of the nation, but it appears that the government may have an ace up its sleeve to annex that effort.

Seemingly, the Indian government is considering rolling out its own digital currency that will be utilized by every person who needs to carry out business or any transaction with digital currencies in the nation. Every other digital currency has been prohibited.

These reports are supported by a senior government official who revealed that the country was considering rolling out a cryptocurrency. This senior official is a member of a special board that was put together by the Ministry of Finance last year.

The special board's chore was to compose possible policies to control cryptocurrencies in the nation. The special board was supposed to table the report in July, but that time has been extended to the end of 2018.

What's actually amazing is that the Indian government and the RBI have been incessantly fighting the hype and multiplication of cryptocurrencies in the nation, yet they're currently considering whether to develop a bullish national coin.

As a matter of fact, the government of India had been exploring how a national cryptocurrency would work - even as it clamped down on other digital currencies. It is alleged that the government will continue to roll out a national coin and this will make the possession of any other altcoin would be automatically regarded as illegal and castigated by law.

The RBI's effort to prohibit other digital currencies absolutely hasn't stood well with several firms that see it as damaging. Since then, they have been using the court to get fair justice. However, several such firms have closed down, since the court case doesn't appear to be resolving or answering anything soon.

According to the view of the RBI, cryptocurrencies are a large risk and their application shouldn't be accepted except with a short legal leash attached. The RBI gave it major concerns including money laundering, fraud and terrorism financing.

Presently, India isn't the first nation to consider launching its own national digital currency, Venezuela launched the Petro as its own national crypto. The government of Venezuela is optimistic that Petri will assist to fight the hyperinflation which hit the country. Petro is being backed by the large oil reserves of the country. Islamic Republic of Iran has also followed the bandwagon of the nations developing their own cryptocurrencies.

Tags
Government Cryptocurrency Banking Digital currency India Petro RBI Bullish
Most Popular
Jul 24, 2022 at 10:30
Price
Dogecoin Consolidates Above $0.06 as Buyers and Sellers Remain Undecided
Jul 24, 2022 at 09:19
Price
Chainlink Is in a Deadlock as It Continues Its Range-Bound Move
Jul 23, 2022 at 10:10
Price
Uniswap Reaches the Overbought Region as It Struggles Below $8.00
Jul 23, 2022 at 09:13
Price
Polkadot Recovers From Downtrend but Faces Rejection Twice at $8 High
Jul 22, 2022 at 12:58
Price
Ethereum Pushes Upward in the Overbought Region as It Breaks Above $1,600
More