Cryptocurrency Trading was Illegally Banned by India’s Central Bank, No Answers Yet 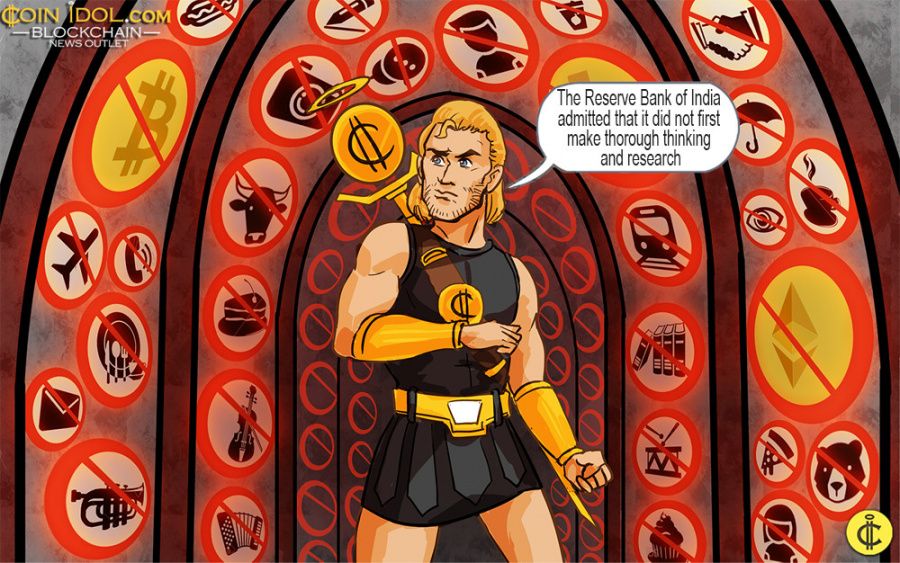 The Reserve Bank of India replied to an enquiry looking for explanations for its rationale to proscribe banks from dealing with the cryptocurrency industry and acknowledged that it did not conduct any research anterior to its precludable action.

Varun Sethi, a domestic lawyer filed a Right to Information (RTI) request which clearly asked the Reserve bank of India for the reasons behind the April ban that manifestly prohibited all regulated financial institutions from offering services to all cryptocurrency businesses.

The RBI admitted that it did not first make thorough thinking and research both internally and independently before coming to the final decision in its response to ban the cryptocurrency dealings.

The Reserve bank didn’t clearly explain its position and obviously declined to answer many other investigating questions included in the RTI request, though it is still regarded as an arbitrary action.

One of the central bank officials was tasked to answer whether the authority established an internal committee to ascertain if there were any risks in trading cryptocurrencies and replied with a big “NO.”

The official was also asked if the RBI had carried out its own research or made any communication with other pendants –think Japan- to know and research a regulatory framework in advance, the reply was again “NO.”

The RBI further rejected to explicitize how it had decided and determined public risks in engaging cryptocurrencies from 2013. It also rejected to reveal its position on recognizing self-regulated cryptocurrency exchanges which follow KYC norms and if it had ever sought of an external knowledgeable opinion before affecting the ban or if it will forbid Indians from trading cryptocurrencies outside India.

The Reserve Bank dodged all the raised questions by pointing to a loophole in the RTI act which exempted them from giving proper answers.

The RBI’s ban in April happened after several years of continuous public warnings by the India’s financial regulator formally warning citizens against carrying out investments or trading in all cryptocurrencies like Ethereum, Bitcoin, Litecoin.

In May, the central bank withdrawn against a Supreme Court-ratified petition which looked for regulation to effectively acknowledge and legalize the cryptocurrency industry in india, but RBI deflected  responsibility in outlining a policy or a framework for the inchoate sector, saying that the RBI can’t one-sidedly choose for the government on the legality of bitcoins.

Very many crypto exchanges have since filed different petitions at state courts proving the RBI decision was “unconstitutional, arbitrary and unfair.” Due to the accumulation of those petitions, India’s Court prevented all high courts from filing more petitions against the Reserve Bank and also claimed all pending petitions in May.