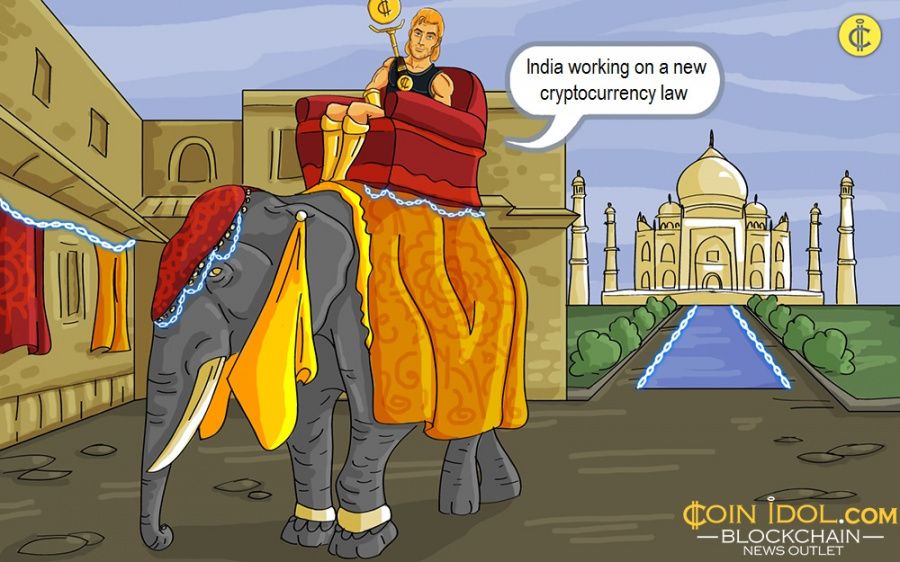 As many Asian tigers are embracing and regulating the use of blockchain technology and Bitcoin, India is planning to create a new law prohibiting cryptocurrency trading.

Recent reports from people close to people familiar with the development of the bill, the federal cabinet plans to hold a debate about the bill on cryptocurrency before it is being discussed in parliament for further legislation, states Bloomberg. The federal government has embraced blockchain technology, the underpin tech of cryptocurrency, but has not been clear when it comes to cryptocurrency.

This is not the first time the India government is doing such a thing. In 2018, the government banned the use of cryptocurrency in the country following the widespread scams and other criminal activities related to Bitcoin (BTC).

After winning the case, the country registered more than 450% increase in cryptoasset trading volume from March to April. This could be because of increased job losses in India and the global economic crisis caused by Covid-19 pandemic. The exchanges are also demanding a clear taxation framework and also want the RBI to clarify on the legal status of cryptocurrency in the country.

Borrowing a leaf from other big economies

However, as several Asian giant economies including China, Japan, South Korea, etc. keep on appreciating the benefits and potential of digital currency, other countries including India will also be left with no option but to embrace this technological transformation – fintech innovation.

India is passing through what China experienced in the recent past. For instance, China banned initial coin offerings (ICOs) and cryptoassets back in 2017. But in 2020, the Chinese government came out to recognize Bitcoin as a succession and inheritable property in the country.

The Chinese regulators enacted a law protecting cryptoasset inheritance rights, as Coinidol, a blockchain and cryptocurrency media, reported. China and Japan are also developing their own central bank digital currency dubbed digital yuan and digital yun respectively, and they are expected to be launched soon.

Probably, such an attitude by the Indian government might have been caused by an increasing number of scams and other illegal activities related to cryptocurrency that undermined trust in this kind of asset. For instance, in an effort to stop criminals from dealing in drug trading on anonymous platforms such as darknet, the country’s Narcotics Control Bureau managed to detain a man identified as K Rahman for illegally purchasing ecstasy pills using BTC (worth $26,735).

Scammers have also tried to use the name of Prime Minister Narendra D. Modi to scam and steal people, and most of them have fallen victims of these fake projects. Recently, the hacker took advantage of the gaps in the cyber walls of Twitter to hack into Modi’s account and scam his over 2.5 million followers, to send in BTC as part of the donation towards fighting Coronavirus pandemic in the country. All these illicit and painful events have forced the government to make frustrating decisions to ban the use of cryptoassets.