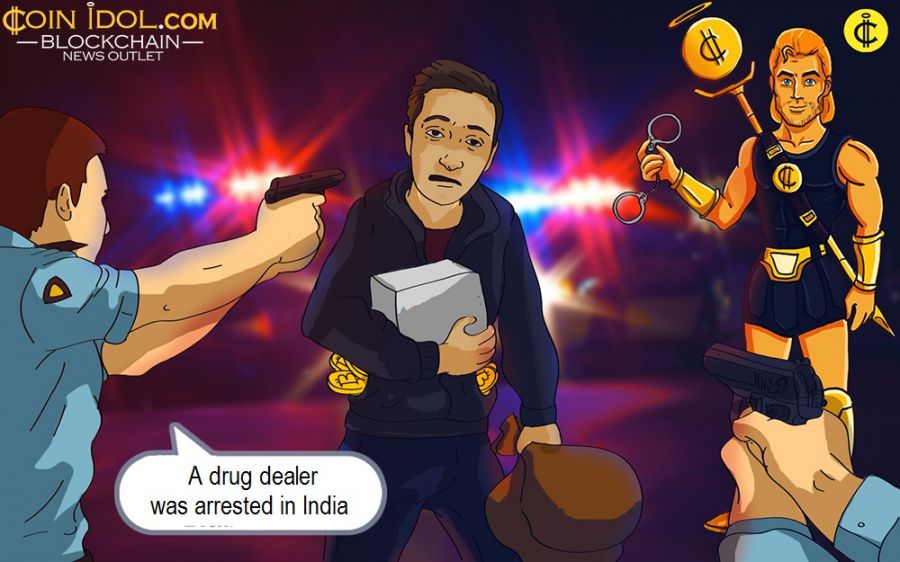 The purchase cost around $26,735 and was a contraband cargo from Germany. After law enforcers detected the parcel ordered via the darknet, they tried to track down the recipient. That is how they have exposed the 24-year-old resident of Kerala, Bengaluru, named K Rahman.

The guy turned out to be a drug dealer. He has previously ordered large amounts of drugs on the darknet using bitcoin. Upon receipt, he distributed the illegal goods among local youth, mostly students. Currently, the dealer is in judicial custody.

Despite many criminals seeing bitcoin as a safe-haven for covering their tracks, lately, there has been a significant decrease in Bitcoin transactions on the darknet, according to CoinIdol, a world blockchain news outlet.

It has partially been caused by the strengthening of regulations in the field. Besides, many of those who wish to cover illegal activity with cryptocurrency choose altcoins like Dash or Monero for their enhanced privacy features.

On the other hand, law enforcement structures have also strengthened their measures for fighting cryptocurrency criminals, leading to an increase in the overall crime detection rate. To battle the rising number of crimes and scams caused by the COVID-19 pandemic, they explore the potential of innovative technologies.

For instance, Interpol is working on an enhanced analytics platform to track crypto transactions on the darknet. The agency plans on engaging means of Artificial Intelligence and robotics to improve their productivity. Generally, they consider these techs to be the future of analytics.

Unfortunately, the efforts made by law enforcers don’t stop the crime rate growth caused by the pandemic and global crisis. However, in the long-term perspective, these efforts might yield fruit and at least prevent criminals from getting away with their deeds.