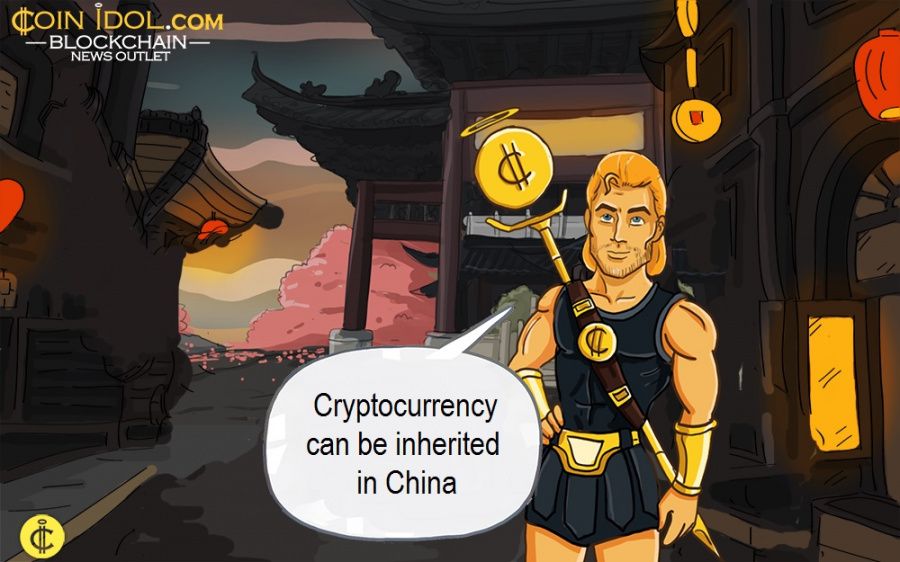 According to the new Chinese civil code, the government has included cryptocurrencies such as Bitcoin (BTC) in its legally inheritable list of assets.

As per the report by Xinhua News Agency in China, a new civil law was passed at the 13th National People’s Delegation’s Conference, protecting inheritance, marriage, contracts, property, and citizenship.

Giving tokens a chance to thrive

The passed bill revised the civil law enacted in 1985. With this revision, China has extended the range of inheritable assets prescribed by the Inheritance Law to assets on the Internet, including cryptocurrencies such as Bitcoin, Ethereum, Ripple, Litecoin, etc. The measure will go into effect on January 1, 2021.

This revision of the civil law in China is interpreted as a result of the increasing number of cryptocurrency holders in the country, and the need to protect digital assets as personal assets.

Meanwhile, even when the government has shown a signal of allowing its citizens to inherit and use cryptocurrencies, the Communist Party of China (CPC) has expressed the prospect that Libra, a cryptocurrency under development by Facebook, could threaten the status of Yuan.

According to a local news outlet Jinse, the founding and ruling political party of China and the second biggest political party globally revealed in its recent book that Libra can interfere with the government’s efforts to expand the international influence of yuan.

Such cautiousness can be explained by the country's efforts to launch their own digital currency, as their digital yuan will potentially become a competitor to stablecoins such as Libra. On the other hand, Chinese digital yuan can not compete with traditional cryptocurrencies as it will be far less centralized than any of them.