Cryptocurrency Transactions in India Are Growing Amidst the Regulatory Uncertainty 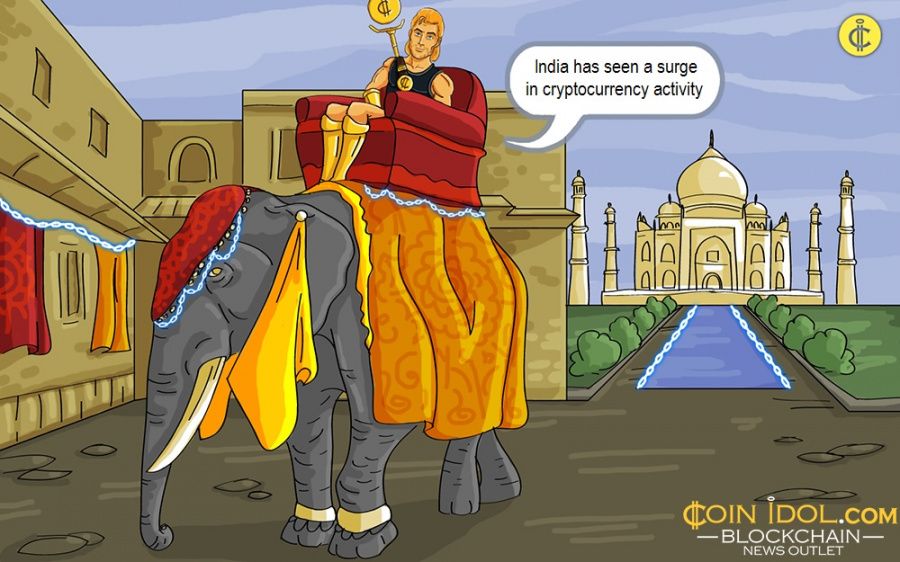 Cryptocurrency transaction volume in India is growing. The country’s digital currency sector has been developing swiftly despite the countrywide lockdown and the Covid-19 plague.

The cryptocurrency industry in India is displaying momentous growth with many digital currency exchanges registering a 10X increase in trading volumes and a considerable increase in new customers.

The Covid-19 pandemic devastated the economy, locked up the citizens in their homes but still they continued to use cryptocurrencies on a large scale and the crypto market remained very lively. Bitcoin, the original crypto, has captured a lion’s share of market shares, followed by Ethereum (ETH), Litecoin (LTC) and Bitcoin Cash (BCH) are also gradually penetrating the domestic digital currency market.

However, the growth of the industry within the country has seen difficulties as the Reserve Bank of India demonstrated outright hostility. The institution officially banned them because they lack intrinsic value, investors are not protected 100%, and the transactions are difficult to trace.

But now the RBI seems to become less hostile to cryptocurrency-related businesses after its ban on tokens was quashed by the Supreme Court. As per the report by CoinIidol, a world blockchain news outlet, the move has attracted more exchanges and businesses into the country hence increasing the number of transactions in the country.

The growth has attracted a forest of multinational cryptocurrency exchanges (trading over 1315 crypto), such as Paxful, Unocoin, Zebpay, Giottus, Coinswitch, Colodax, BitBNS, CoinDCX, WazirX, BuyUcoin, etc., and other blockchain businesses into the country. This has led to the growth and development of several local digital currency exchange platforms as well as trade markets for the domestic population.

Despite regulatory uncertainty and scrutiny imposed by the Reserve Bank of India, the BTC fever is getting stronger, with more than 2,800 customers selling and buying BTC day-to-day and the trading volume surging about $20 billion annually.

While the government policy concerning cryptoassets is still in the cooking mode, several crypto businesses are trying to adopt the know-your-customer (KYC) policy to reduce the major trading risks. The digital currency exchange platforms operating within the country have also created a foundation known as Digital Asset and Blockchain Foundation of India (DABFI) that will be making decisions on the exchanges’ position on different subjects and concerns like hard forks.

Generally, India demonstrates the trend typical of many developing countries with high levels of unbanked population. In such conditions, people tend to seek alternative ways of payment that would allow for their inclusion in international finance. That explains the flourishing of the cryptocurrency industry even despite complications caused by the RBI. Moreover, the industry is expected to grow even further as the demand for digital solutions has increased.