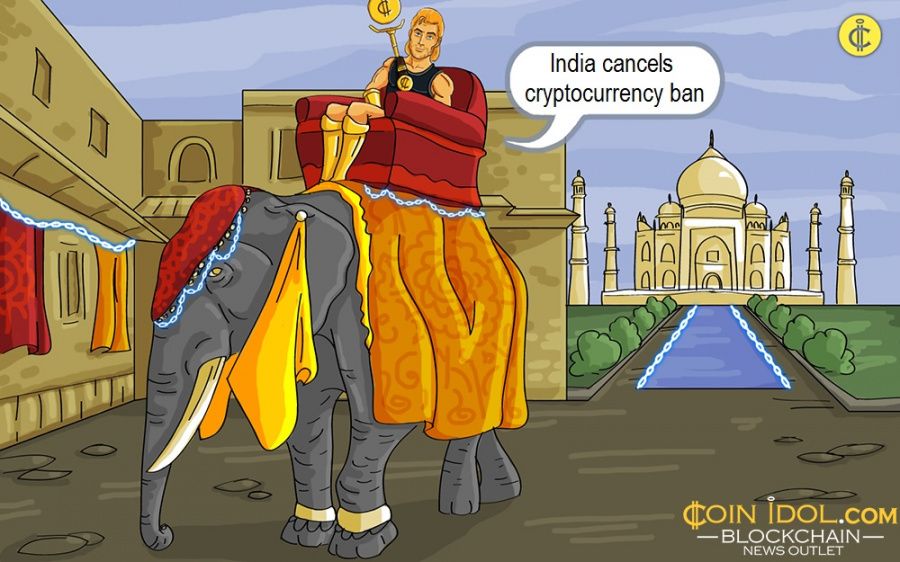 Recently, the Supreme Court of India nullified the decision by the Reserve Bank of India (RBI) putting a total ban on all virtual currency related dealings, according to reliable news outlet MENAFN.

The court passed a rule against a ban which the RBI had placed on the use of cryptocurrency by Indian banking institutions. The court described the RBI prohibition as unconstitutional and illegal. After the judgement passed the courtroom which was packed with cryptocurrency enthusiasts from access India busted in amusement.

Reportedly, the Court in a lawsuit filed by the Internet & Mobile Association (IAMAI), which includes cryptoasset companies in the nation, in reaction to the RBI's veto on transactions connected to the virtual asset business of domestic banking institutions announced back in the month of April 2018. Judged that the measure violated the Constitution. The authorities in reached at the extent of issuing out orders to commercial banks operating within its territory to warn their client to keep a far distance from using or engaging in any cryptocurrency related transaction, and failure to do this was a court case.

Now, IAMAI has filed a lawsuit in court claiming that the bank's actions have violated the Constitution and that some companies have been harmed.

One of the highly damaging cases of Indian cryptocurrency companies at that time was that the virtual asset exchange Zebpay ceased trading the virtual currency after the central bank took action.

The RBI has made clear its opposition to the utilization of bitcoin and other cryptocurrencies for security and volatility issues. The nature or crypto asset is very volatile, it can be trading at let say $9000 and in just a few hours, it starts changing hands at $10k or even $8k.

The court presiding meant that banks could no longer reject services to individuals, virtual currency exchanges or the sector involved in cryptoasset trading.

With the courtroom conveying its judgement on the milestone RBI case, the legitimate and regulatory condition for virtual assets in the nation now seems to be facing one last barrier. Towards the end of 2019, the state chose to suspend the launch of a draft bill on a would-be coin veto to parliament.

The new bill allegedly envisioned to inflict a total prohibition on the utilisation of tokens in the nation plus launching the bedrocks for a government-owned 'Digital Rupee' created by RBI.