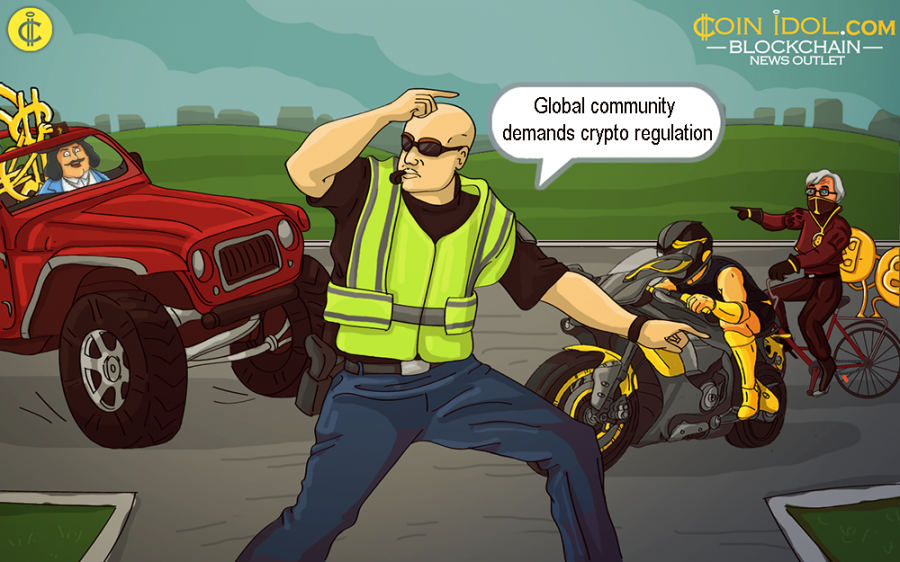 The cryptocurrency industry is growing at terrible speed across the world and this has forced investors, the public and executives to yearn for stronger and clearer regulations. In 2017 we saw the “Bitcoin (BTC) Bubble” with soaring prices and much care, focus, and attention directed towards digital currencies.

Since the BTC Bubble in 2017, the digital currency market has exploded with initial coin offerings (ICOs), with a lot of those projects turning out to be designed such that they can trick potential investors into planting funds into a business which was never accomplished.

However, the lofty number of phony ICOs shows doubtful morals more than a will of the real revolutionary type of distributed ledger technology (DLT). The challenge presented by the debut of cryptoassets has enabled the enlargement of investment opportunities for new teams of potential investors, plus providing millions of unbanked individuals across the globe an option way of finance.

The fruition is tardily spreading among financial regulators, who are now discovering the methods by which cryptocurrency can be integrated into the regulatory market framework.

Even though the EU doesn’t exhibit an integrated framework concerning cryptoassets, the European Central Bank has presented several initiatives for discovering methods to properly regulate and manage cryptos.

Just this month, two significant European regulatory bodies, the ESMA and the EBA have officially demanded proper assessments of cryptocurrency and its major wallops in order to set up effective regulations.

According to a recent report by Coinidol, the European Banking Authority (EBA) came out to call for regulations safeguarding investors and went ahead to ask the European Commission for a broad analysis to ascertain whether incorporated cryptoasset rules are required globally. Furthermore, the European Securities & Markets Authority (ESMA) advised the EU Commission on the existing regulations that can be appropriately applied to digital currencies.

Stop Dealing with Any Crypto

In the rising market's prospects, where the irrefutable effects of digital currencies are more real, demands for regulations have also highly increased, with campaigns spurring authorities to think about applying and regulating digital currencies.

As Coinidol also reported, the Reserve Bank of India (RBI) imposed a blanket ban on all banking institutions from “dealing with or settling cryptos.” The effort in April last year twinkled backfire from cryptocurrency maniacs, that defend their human right to maximumly relish alternative finance means.

But before the ban, the Indian government set up a committee which is headed by Subhash Chandra, that is responsible for providing recommendations for the cryptocurrency regulatory framework and was evaluating the legalization of the asset class under solid regulation, as Coinidol reported.

Digital currency experts across the globe came out to say that this year should be “the year of cryptoasset regulation” and called for a significant effort towards accepting the DLT revolution to really boom and ameliorate financial practices globally.

Meanwhile, the United Arab Emirates (UAE) is working tirelessly to complete ICO regulations by mid-2019, according to the regulatory body - the Securities and Commodities Authority (SCA), as recently reported by Coinidol.