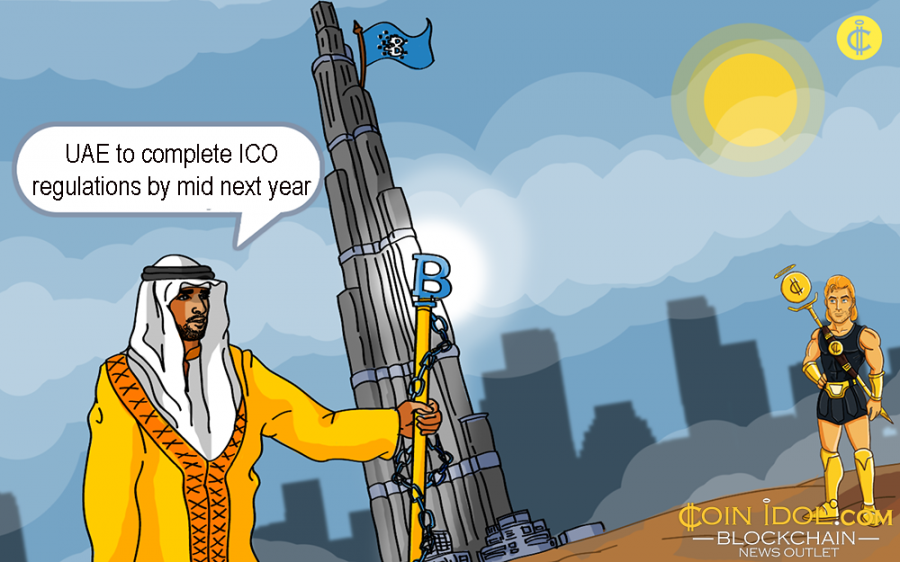 The SCA is planning to produce a complete framework and is also having intentions to collaborate with Dubai Financial Market and Abu Dhabi Securities Exchange to create effective localized trading platforms for digital assets.

“We have signed agreements with law companies to come up with the sandbox and rulebooks for the issuance of ICOs. […….] Legal requirements will be completed by the end of the first half of next year.”

The article elaborates that ‘regulatory sandbox’ is a framework which fuels the development of the financial tech sector.

“Our market is wider open. [ICO] registration and licensing are available for all types of firms, from across the globe. There is high demand. We have already received many requests for the issuance of the cryptocurrency assets and tokens.”

Recently, UAE indicated other great initiatives that seem to be having a significant impact on blockchain technology adoption within the nation. The Advisory Council of UAE Banks Federation (UBF) has conducted various discussions on whether to use blockchain at its member financial institutions (banks) or not.

In addition, the central bank of UAE is working with Saudi Arabian Monetary Authority (SAMA) to issue a crypto that is fully accepted in cross-border transactions, between UAE and Saudi.

In July 2018, the Dubai International Financial Centre declared its purpose to roll out the globe’s first ever ‘ court of blockchain.’

The effort could turn the UAE into a more competitive region, joining great nations such as Malta, the Isle of Man, and Estonia that have tirelessly and hardly worked to attract blockchain technology firms.