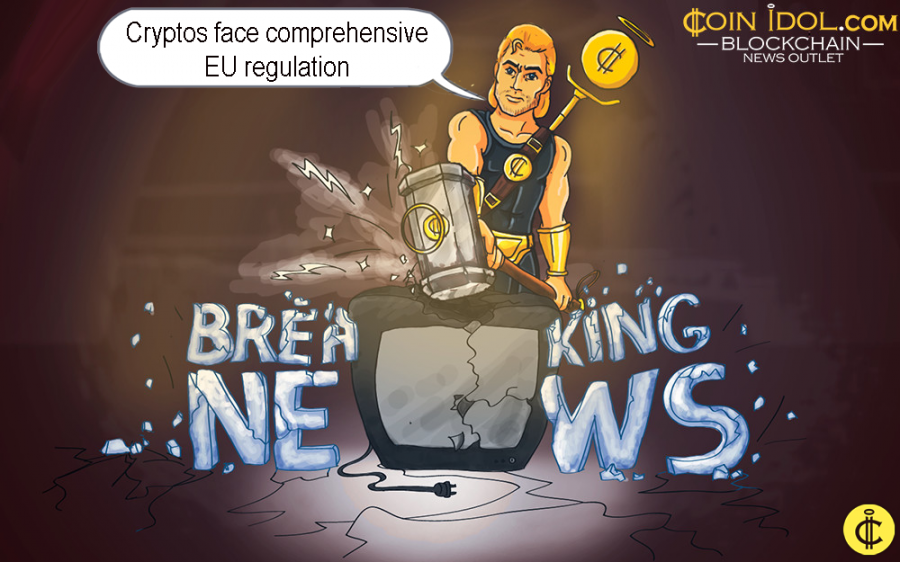 Since 2013, relevant regulators have been giving signs to investors that they could face a lot of losses by investing in cryptoassets like Bitcoin (BTC), Ripple (XRP), Ethereum (ETH) and others, or in ICOs which raise funds for firms in exchange for tokens.

BTC surged to almost $20,000 in December 2017 and made all investors happy, but since then it has been plunging to the extent of losing ¾ of its value.

The value of digital currencies worldwide reached a maximum at $830 billion 13 months ago, but dropped to $210 billion by October 2018, tantamount to not more than 3% of the world market.

The European Banking Authority (EBA) revealed in a report on digital currencies that they distinctively lay outside the orbit of EU monetary rules, making it more difficult to form a fully elaborated picture, according to a report by Investment Week.

The EU regulators have so far discovered banks owning virtual currencies directly, trading them, exchanging cryptocurrencies for hard cash, lending against cryptocurrency collateral, but have less information on the operations.

A broad cost-benefit-analysis would ascertain what, if any, effort is needed to properly regulate “opportunities & risks” associated with crypto operations and other related significant technologies, EBA revealed.

The EU analysis could evaluate the impact of cryptocurrency operations on monetary sector resilience, plus the connections between cryptocurrency and traditional banking.

The European Securities & Markets Authority (ESMA) revealed some cryptocurrencies lay under EU securities’ trading rules, though the supervisors face a lot of hardships when applying them.

“Meanwhile, a number of cryptos fall outside the current financial regulatory framework. This poses substantial risks to investors who have limited or no protection when investing in those crypto-assets,” revealed Steven Maijoor, ESMA chair.

The ESMA and EBA recommendations print hope of regulating the industry in Europe following efforts to find worldwide consensus for rules that have hitherto exceeded supervising the sector more closely. Consensus in the EU may also be difficult to find.

In spite of that fact that the crypto market crackdown has pulled down several investors, French ‘Tobacco’ shops are currently trading BTCs alongside cigarettes and lottery tickets, as Coinidol reported in November 2018.

However, the UK Crypto Taskforce is hoping to publish a consultation in Q1 of this year that will seek to enforce a potential total ban on the sale of cryptoasset-referencing derivatives to retail users, including CFDs, transferable securities, futures and options.

Tags
EU Finance Cryptocurrency Regulation Money laundering Laundering Money Trading Market
Most Popular
May 07, 2021 at 12:43
News
Ripple Faces Stiff Resistance at $1.70 High as Bears Attempt to Sink XRP to $1.00 Low
May 07, 2021 at 10:39
News
Revolut Users Will Gain Stronger Control of Their Bitcoins with New Withdrawal Feature
May 07, 2021 at 09:27
News
Binance Coin Retraces to $600 Support and Resumes Upward Move, Further Upside Momentum Likely
May 06, 2021 at 12:32
News
Bitcoin Struggles to Sustain Above $58,000 Support, Lacks Buyers at Higher Price Levels
May 06, 2021 at 11:35
News
Ethereum Is Growing on a Wave of Investment
More