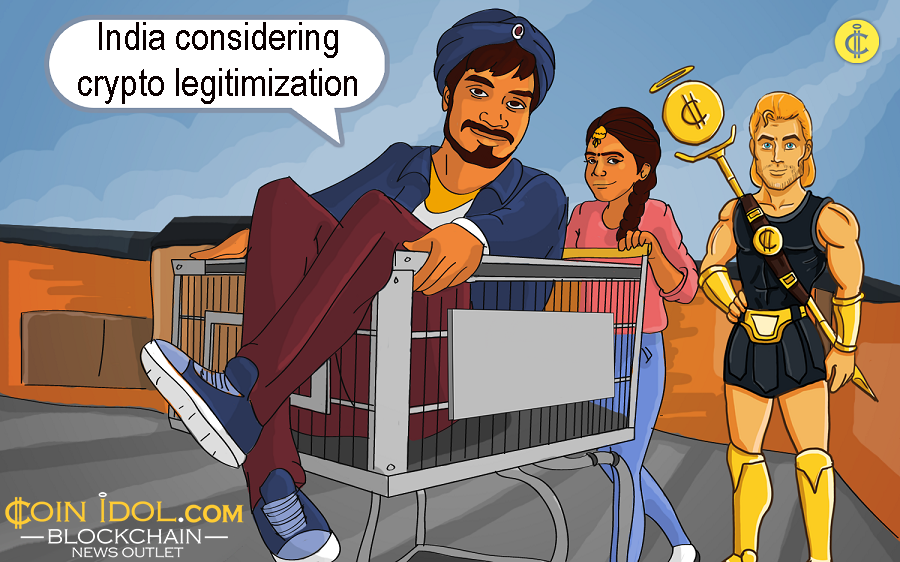 A committee headed by Subhash Chandra Garg, the Secretary Department of Economic Affairs, responsible for giving recommendations for the regulatory framework associated with cryptoassets in India is purportedly evaluating the legitimization of the asset class under concrete regulation. There is a common consensus that digital currency can’t be disregarded as entirely illegal.

According to a report by New Indian Express on December 26, the second inter-ministerial committee that was selected to discuss India’s position on cryptoassets isn’t entirely sure of illegalizing the asset class and is seeking to legitimize it under potent regulation.

The committee is composed of the various officials from India’s Securities & Exchange Board, the Reserve bank of India (RBI) and the Electronics & Information Tech Ministry. One official told the publication that:

“We have already had two meetings. There is a general consensus that cryptocurrency cannot be dismissed as completely illegal. It needs to be legalized with strong riders. Deliberations are on. We will have more clarity soon.”

In February, Arun Jaitley, Minister of Finance, announced in his speech that the government doesn’t regard cryptoassets as legal tender or coin and promised that Indian government wants to completely uproot the use of cryptos in financing illicit activities.

Arun’s remarks echo similar comments by the RBI. The RBI released a circular in April this year, giving all banks that are under its control a 90-day window to cease all ties with crypto firms.

RBI created a banking ban which influenced crypto trading behaviours in the country. Exchange-escrowed P2P trading volumes have supposedly increased in the months after the decision, showing that the citizens’ need to use and hold digital currencies is still high and has not in any way been affected by the current regulatory uncertainty.

As the Indian government plans on when to officially declare its position on the matter, the cryptoasset community in India is still optimistic that the authorities will lift the ban and go ahead to formulate significant regulations in 2019.

The Indian government was planning to develop its own crypto following the ban of other cryptos within the country as coinidol reported. The government has scheduled the next meeting for January next year. Let’s wait for the outcome from these meetings.