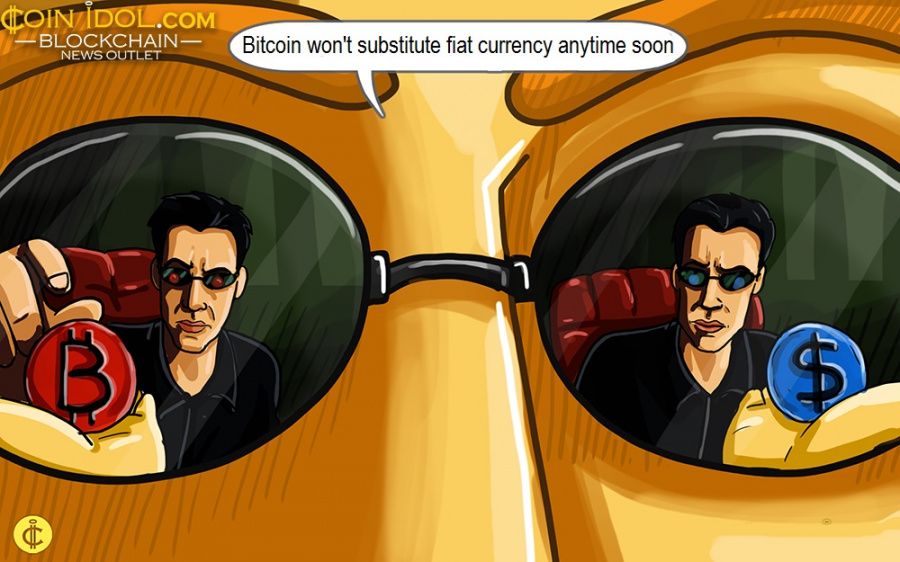 Cash (fiat currency such as dollars, pounds, hryvnias, shillings) will not be killed by Bitcoin (BTC) or any cryptocurrency or become superfluous in the near future, even though the trend is progressively towards more altcoins and other forms of virtual assets.

According to the first part of its 3 series of official reports, "The Future of Payments, the German central banking institution Deutsche Bank revealed that while altcoins including the globe’s oldest token Bitcoin (BTC) have managed to cross the tipping point needed to get into fashion, they are however still in their "initial introductory stage." Hence, it is more improbable that the fiat currency ( hard-cash) will vanish in the anticipatable future.

Countries Shifting to Developing and Owning their Own Cryptocurrencies

On the other hand, in the past decade, a real digital revolution has been successfully developed in the field of payment transactions thanks to blockchain tech and distributed ledger technology (DLT), the underlying technology behind cryptocurrency. It is now visible that cash as a method of financial payment is losing grip. A lot of nations across the globe including Iran, Turkey, Venezuela, etc. have created (are planning to develop) their own cryptocurrencies, and some have even reached the extent of removing large notes worth $100 or above and launched policies to substitute customary payment ways with more effective blockchain and DLT-based digital solutions.

Conversely, Deutsche Bank researchers are largely optimistic that the end for dollars, shillings and other kinds of cash is not even close to near, as more than a few reports indicate that the public still choose to deal with cash amid rapidly increasing uncertainties in the economic and political zone. Even popular billionaires such as Warren Buffett, an American business tycoon, give the impression to be snowballing his cash possessions. As early as the end of last year, various reports appeared that Buffett's Berkshire Hathaway was standing on a pile of more than 125 billion in cash.

Give Cryptocurrency Room to Expand

Bitcoin and other cryptocurrencies are still more volatile, but could still be perfect substitutes for cash sooner or later.

Particularly for BTC, the original and the world's leading digital asset, the bank revealed it was "too volatile" to be a "reliable or dependable" store of value, giving an example of the cryptocurrency bubble that happened in Dec 2017 and the breakdown that followed after that trading period

As per now, Bitcoin and cryptocurrency payments still represent a small portion of international payments, as per the Deutsche Bank, even if such transactions or payments have augmented sharply.

In Dec last year, Deutsche Bank revealed cryptocurrency-nutrition has the potential to swap or replace cash over the next ten years as the current fiat system seems to be too "fragile." In order to increase the adoption and application of cryptocurrencies, they must become legal in the eyes of governments and monetary regulators across the world.However, other popular blockchain and bitcoin experts including Nicholas Merten, a powerful YouTuber on cryptocurrency matters, believe that cryptocurrencies will replace cash in the next one decade.