Venezuela Ready to Sell Oil and Gas for Petro Cryptocurrency 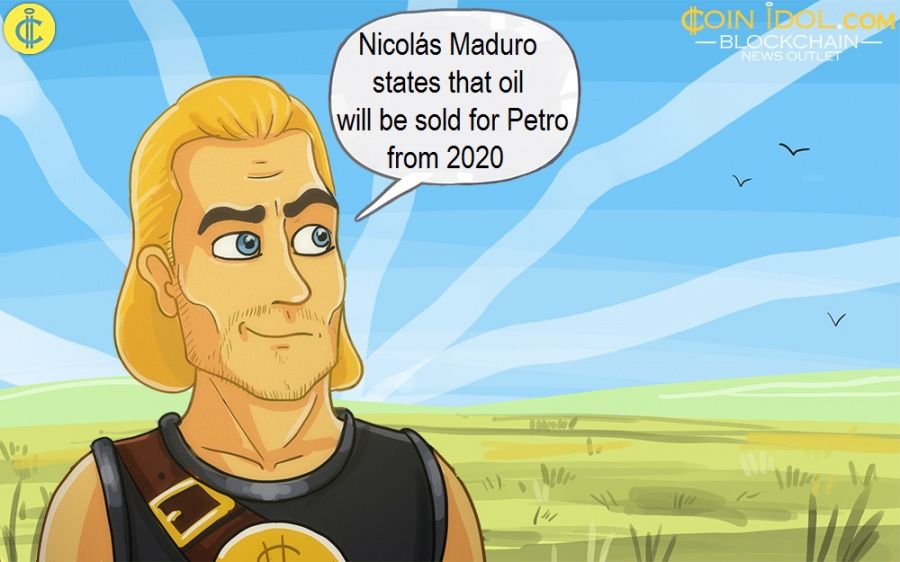 President Nicolás Maduro, states that, from 2020, oil will be sold for Petros, the cryptocurrency developed by the Venezuelan government. He assured that this year the country's oil production will be sold in their own oil-backed stablecoin.

The head of state noted that Petro is a response to the economic sanctions of the United States (USA) and valued as positive the "trial" the use of cryptocurrency in the December season through the "Petroaguinaldo".

In an exclusive one on one discussion with a popular Spanish journalist, president Nicolas revealed that in addition to oil, other valuable products for instance iron, steel, aluminum and gold will also be promoted and sold in the Petro digital asset.

The government is ready to trade its oil and gas for Petros, just as they are doing with domestic products such as iron and steel. The government also signed a contract for the sale of oil, steel, iron, aluminum products and is also going to sell part of the gold production in cryptocurrencies.

The president further avowed that the measure to complete transactions with the cryptocurrency was established in reaction to the 2019 U.S. economic sanctions.

He largely thinks that the payment to retirees, pensioners and public employees via petroaguinaldo last month turned out to be a good and a successful test of the use of Petro stablecoin in day-to-day use transactions.

The operation has been proceeding on very smoothly and the fiat currency – bolivar – is fading out slowly by slowly and the US dollar is not used (or less used in making transactions). Most trading centers and markets have had their petrogauinaldo and have been making it more effective in their accounts. And others have reached the extent of saving it in their Petro-app, others use it to purchase goods from the Decambrin epoch.

Generally, the Petro digital asset has so far yielded a lot, according to president Maduro. The payment in cryptocurrency demonstrated to be very successful and beneficial for the citizens, although some loopholes were reported as regards to speculative and dicey traders.