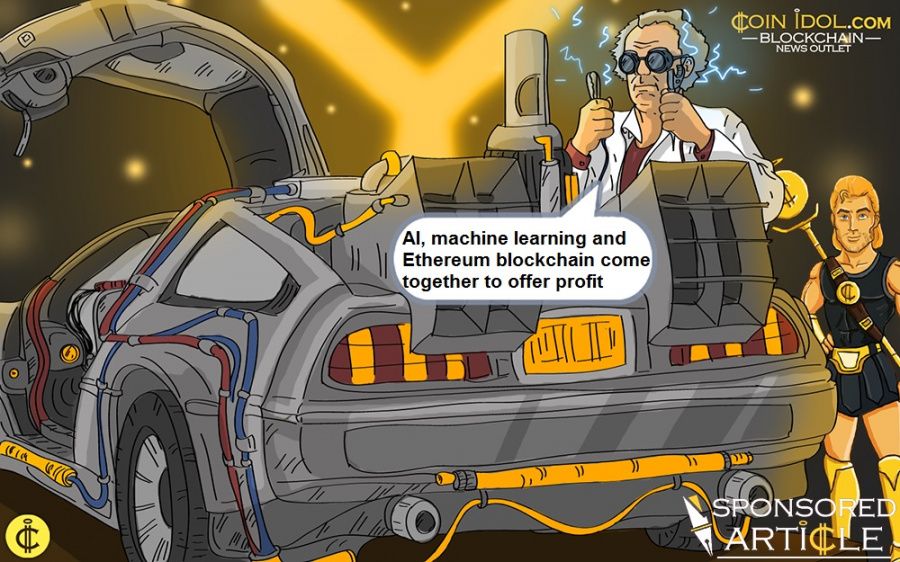 HighRewardCoin.io, an Ethereum blockchain-based monetary system that has created a neural network capable of learning from the knowledge and experience of professional traders and that promises its investors a maximum profit program, has recently announced the launch of its ICO.

The project aims to offer its users an opportunity to gain maximum reward by making use of trading bots that are continuously improving due to both machine learning tools and blockchain technologies.

Because humans are subject to emotions, moods and other external factors, they are prone to making numerous tiny errors while trading on global exchanges. HighRewardCoin’s bots are continuously improved to avoid these tiny errors that are typical for humans.

HighRewardCoin’s team stated about the project:

“What is implemented by our project no one else has done, we created artificial intelligence, machine learning and the world of finance in one project. We are a team that has worked together for many years, you need to work with professionals.”

HighRewardCoin is now holding an ICO and its HRC token crowdsale in order to further develop the neural network and to allow HighRewardCoin’s bots to expand the spectrum of traded instruments and work with a wider scope of exchanges and financial products.

The ICO launched on January 20, 2018, and will be held until February 20, 2018, and offers special discounts for early investors. Moreover, Highrewardcoin.io promises that the interests of investors are fully protected and the project’s operation is regulated by a smart contract which anyone can check.

The HRC token is specially designed for purchasing investment products on the HighRewardCoin platform. The platform will accept HRC tokens exclusively and according to the experts at HighRewardCoin it may rise by 10x-14x during the first 3-4 months after the appearance of HRC on exchanges following the ICO.

Today, for the first investors, HighRewardCoin has very good discounts:

After the ICO, Highrewardcoin.io plans to launch 2 credit programs where their tokens will be used. Furthermore, the HRC wallet is currently under development and will be presented shortly so that investors will able to store their tokens in the wallet based on HighRewardCoin’s proprietary platform.

and read the project’s whitepaper: https://highrewardcoin.io/HRC-whitepaper-en.pdf

Tags
Ethereum Profit Machine Learning Blockchain AI ICO Network
Most Popular
Oct 04, 2022 at 09:16
Price
Litecoin Breaks Through Resistance At $54 And Sets Its Sights On The High At $64
Oct 03, 2022 at 16:13
Price
Ethereum Approaches Oversold Region And Targets The Low At $1,098
Oct 03, 2022 at 15:05
Price
Chainlink Price Declines Significantly As It Faces Rejection
Oct 03, 2022 at 14:51
Price
Weekly Cryptocurrency Analysis: Altcoins Struggle With Downward Corrections As Cryptocurrencies Approach Lower Price Levels
Oct 03, 2022 at 12:42
Price
Bitcoin Is In A Tight Range: A Breakout Or Collapse Is Imminent
More