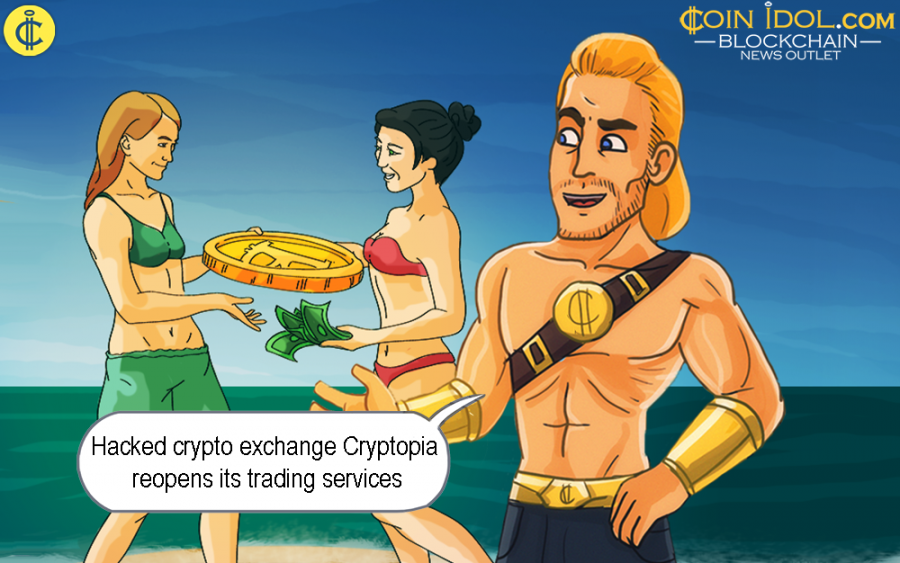 The New Zealand (NZ)-based Cryptopia, a cryptocurrency exchange platform that was badly hacked two times in one month of January 2019, has declared that it has officially resumed its normal trading activities. The exchange recommenced trading on 40 trade pairs more than 60 days after losing millions of dollars to hackers.

Update: We have resumed trading on 40 trade pairs that we have quantified as secure. We will continue to expand this list as we clear more coins.
— Cryptopia Exchange (@Cryptopia_NZ) March 19, 2019

The exchange has produced a list of all pairs that are available on its official support pages. Some of the trade pairs that have been enabled include, ADC_BTC, BBT_BTC, CBX_BTC, D_BTC, and others.

Cryptopia went offline on Wednesday January 16, after suffering a security breach that led it to huge losses. After that scenario, the company has been working with different authorities including the NZ police in order to bring the hackers to book, and further investigate the magnitude of the attack.

The police investigations were seen being successful. After a long work of search, the authorities gave the hacked Cryptopia the permission to start working any time it's ready.

The exchange got full access to their working premises and immediately started calculated the funds that are still available on their wallet and those that were stolen by malevolent hackers. It found out that only 9.4% of its total holdings were stolen.

Update:
We are continuing to work on assessing the impact incurred as a result of the hack in January. Currently, we have calculated that worst case 9.4% of our total holdings was stolen. Please keep an eye on our page for further updates today.
— Cryptopia Exchange (@Cryptopia_NZ) February 27, 2019

Earlier this month, the exchange reopened in a ready-only mode. The existing users were advised to take advantage of the site and reset their private keys. At the time, existing users were not able to trade, make any deposit or even withdraw any amount of funds.

The read only site will be live today, it will show balances as at 14th Jan 2019. Please use this site to reset passwords and 2FA credentials. We are finalising a rebate process for affected users, more details to follow. Thank you for your support during the last few weeks.
— Cryptopia Exchange (@Cryptopia_NZ) March 4, 2019

Although the exchange has resumed trading in some digital assets, it still faces some difficulties with its traditional currency services – such as NZ dollar deposits and withdrawals are not being traded because of some small issues with bank service responsible for NZDT. The company said:

“We are currently working closely with our banking partners and hope to resume NZ dollar deposit and withdrawal services asap. Getting a solution is a high priority and we will inform our community once there are further developments.”

However, victims of the hack included users who allegedly lost their life savings due to this security breach. After reopening, some of the users nagged about a particular percent of their digital asset holdings was nowhere to be seen. For example, one Redditor logged into his wallet account and saw that he now has 15% lesser BTC than what he was owning before the attack. He said:

“I logged in my account and got a 15% haircut for Bitcoin. Heard Ethereum has a haircut of 100%.”