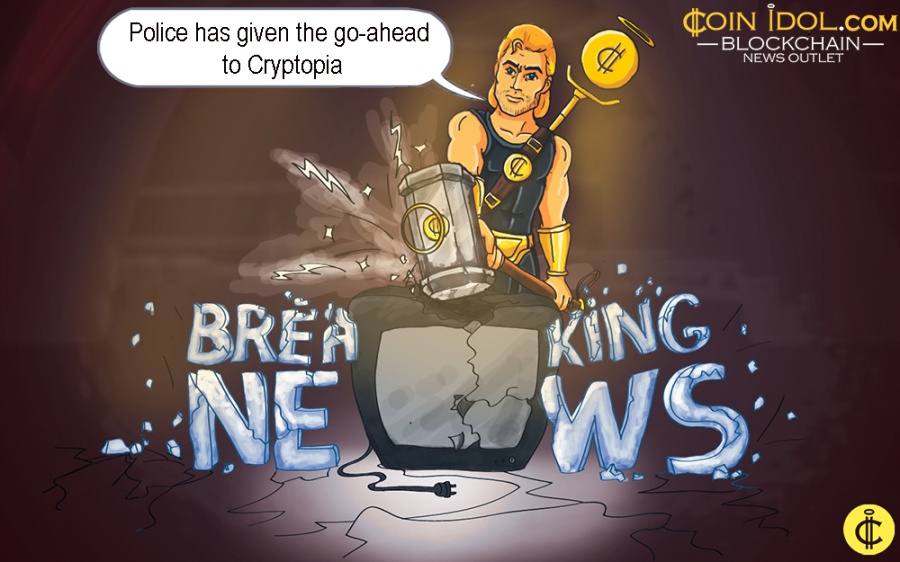 After the hack that saw over $16.2 million illegally stolen from New Zealand’s hacked cryptocurrency exchange, police in New Zealand has given the go-ahead to Cryptopia, a crypto exchange that was recently hacked, to reopen and start operating at any time it's ready, according to a report on Wed February 13, 2019, by the New Zealand Herald, a local news outlet.

The attack started on January 15, as Coinidol reported, with funds taken from 10,000 Ethereum wallets. Various analysts have approximated the total amount of stolen funds to be over $23 million.

According to nzherald, Greg Murton, the Detective Inspector, purportedly revealed that the major part of the work that is needed in Christchurch, Cryptopia’s business premises, by the High Tech Crime Group has been successfully accomplished, saying that the exchange management currently has complete access to their infrastructures and the business premises at large.

Murton noted that New Zealand authorities such as the police, are not stopping the exchange from recommencing their usual activities, and further purportedly revealed to specify exactly when the charges will be set. Cryptopia can resume its operations. The detective inspector also refused to talk about how much digital money was maliciously stolen in the event of the hack, which was reported in mid-January this year.

While the authorities have given the hacked exchange a green light to “open again whenever they like,” Cryptopia’s official website is still offline reporting maintenance and referencing a report by the country’s police on the inquiry and investigation of Cryptopia.

The founders of the hacked exchange didn’t react to questions about when Cryptopia will officially resume their activities and operations. The exchange’s social media accounts are still inactive. Its Twitter account has been silent since Jan 28.

The police revealed on Thursday, February 7, as Coinidol reported, that it is registering “excellent progress” in the investigation into the Crypto hack event and further indicated that the exercise will take much time to properly solve due to the complexity and difficulty of the cyber environment. 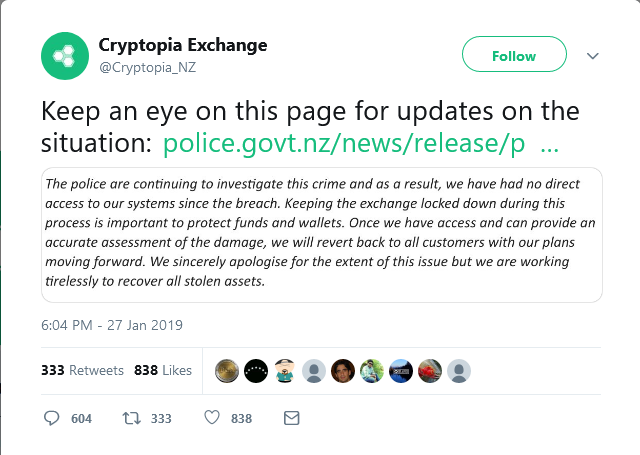 As Coinidol also revealed on January 22, Binance, the leading crypto exchange by trading volume, took a step to freeze the stolen funds from the hacked Cryptopia. It was also a puzzle. CEO Binance Zhao Changpeng still wants to understand the reason why hackers move stolen funds to Binance.