Cryptopia Crypto Exchange Lost 9.4% of its Holdings to Hackers 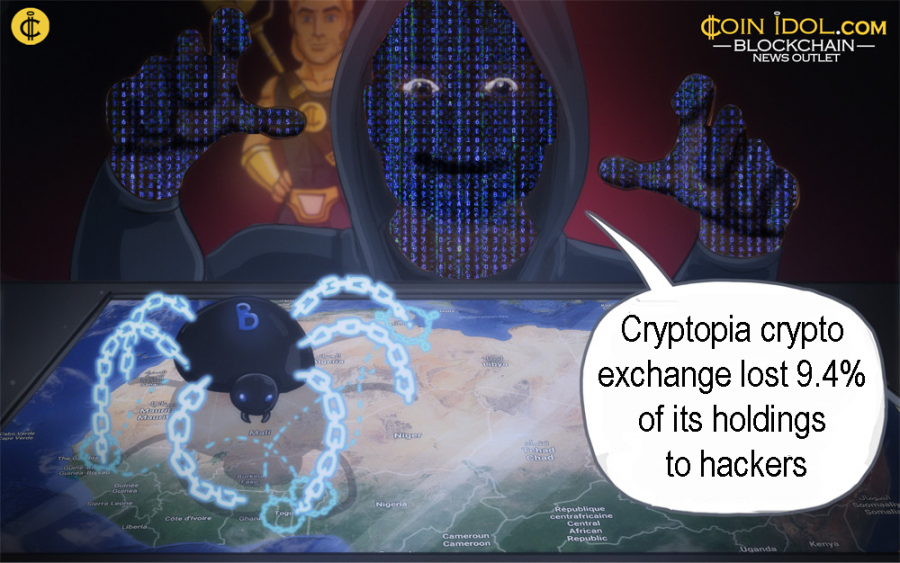 New Zealand (NZ)-based crypto exchange giant Cryptopia has issued an update concerning how much funds were lost during the hack of January 2019. According to the latest update, the company sat down and calculated all its holdings in a worst-case scenario and discovered 9.4% of their total crypto assets were lost to malevolent hackers.

Update:
We are continuing to work on assessing the impact incurred as a result of the hack in January. Currently, we have calculated that worst case 9.4% of our total holdings was stolen. Please keep an eye on our page for further updates today.


In January this year, Cryptopia went offline after openly reporting a “major security breach,” that probably resulted in a theft of around $3 million. Planning to take in numerous of the nation’s law enforcement agencies, its statement also noted that all of the exchange’s operation and trading services would be postponed indefinitely.

Hitherto, the hacked crypto exchange has not released any updates concerning the value of the stolen cryptocurrency. The company has been working hand in hand with different authorities such as the police high tech crime unit and avoided giving an update in order to enable the investigation to flourish.

Keep an eye on this page for updates on the situation: https://t.co/TWZkinsUet pic.twitter.com/1c5ezYq27u


Recently, the blockchain analysis company Elementus methodically evaluated the Ethereum (ETH) public blockchain and noted that a grand total of $16 million worth of ETH and ERC-20 coins had been whipped away during the first hack.

Elementus further disclosed that an additional $180 thousand worth of ETH was tapped from around 17,000 Cryptopia wallets, just 15 days after the first attack.

As the blockchain analysis company initially assumed, the malicious attackers accessed the exchange’s private keys and were in a position to withdraw funds as unwary users topped up their individual wallets.

Keep an Eye on the Page

Now the company has commented on the investigation and officially shared updates with all users who were affected.

Initially, the exchange notified users that they are fortifying every wallet independently to guarantee the exchange is safe when they resume their usual operations:

Update: We are securing each wallet individually to ensure the exchange is fully secure when we resume trading.
We have more updates to come today, please keep an eye on our page.


Cryptopia further urged customers to cease depositing funds into their old Cryptopia addresses, since they were compromised and unable to be recovered.

Update: As a result of the new wallets please immediately refrain from depositing funds into old Cryptopia addresses.
We have more updates to come tomorrow, keep an eye on our page.


The exchange will be officially releasing more updates in the future and all users are urged to keep visiting their official Twitter page, to not be left out.

According to a Chainalysis report released in February, it predicted that this attack and many others were committed by two groups, known as “Alpha” and “Beta.” These deadly hackers displayed a classy method of channeling stolen cryptocurrencies into a series of wallets and exchanging the siphoned assets into fiat currency without leaving anything behind that investigators could follow and use.

Recently, it was reported that the Cryptopia victim users were not accessing their funds even though the exchange’s premises were back in the company’s hands.