Not Over Yet: Cryptopia Hacked Again, over $180,000 Worth of ETH Missing 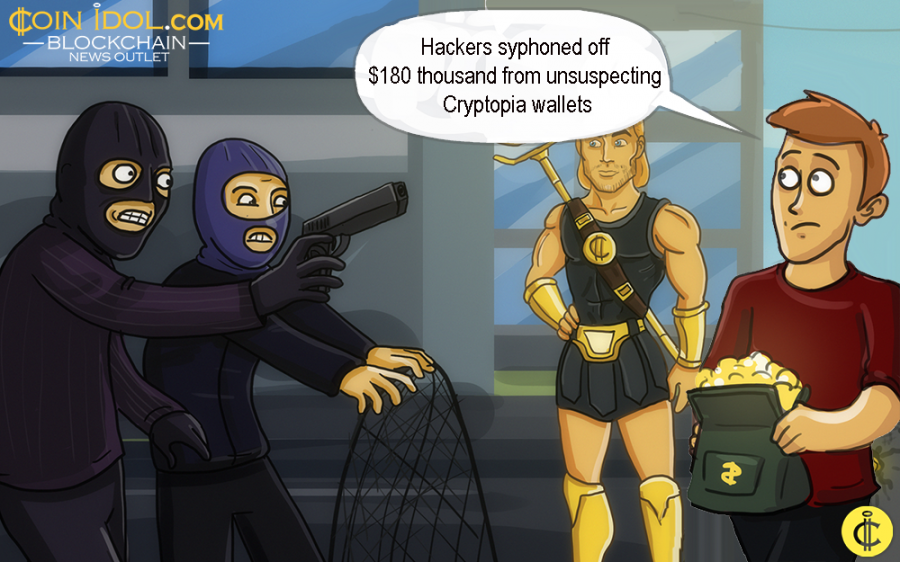 Cryptopia – a crypto exchange platform based in Switzerland, was badly hacked on Monday, January 14, 2019, and has again faced another significant loss of money from the same hackers, just 2 weeks later.

The same hackers syphoned off around 1,675 Ethereum (ETH) which is approx. $180 thousand USD from unsuspecting Cryptopia wallets on Monday, January 28, according to Elementus.

The initial Cryptopia hack reportedly totalled to around $16 million drawn off from Cryptopia wallets. But now, new reports show that a total of 17,000 wallets were compromised and affected by the new attack. 5,240 of the hacked wallets had been cleaned out by the initial hack, implying that their owners deposited and lodged new other funds even after being severely hacked.

Hence, it would appear that the users of these wallets are either totally unaware of the Cryptopia hack or believed its insecurity issue had been cured since the time of the attack. However, the deposited money is automatically being lodged as real payments from various mining pools.

Cryptopia had lost total control of their private keys to the malevolent hackers, according to the latest report by Elementus, and this hunch has turned out to be true. The latest stolen money has been transferred to the same ETH address as the other hacked and stolen money.

What is more, there is apparently nothing that can be done to prevent these deadly hackers from syphoning money out of Cryptopia owners’ wallets. Customers that proceed to deposit their money in these affected wallets will further lose their funds.

After the first incidence, more than 40 users came out to demand a refund from the hacked Cryptopia saying that they can’t afford to lose these funds, as Coinidol reported. The individuals reported the matter to different authorities including the police.

“We were approached initially by about 3 people, including a South African lawyer, who were complaining that they were having hardships transacting using their wallets and couldn’t withdraw funds,” Lawyer Clive Cousins said.

Different actions were taken including suspending transactions of money stolen from the hacked Cryptopia, as Coinidol reported. Following the news of the deadly attack, Binance, the largest crypto exchange on planet earth, froze money allegedly stolen from Cryptopia.