Cryptocurrency Could Have Prevented the Killing of George Floyd 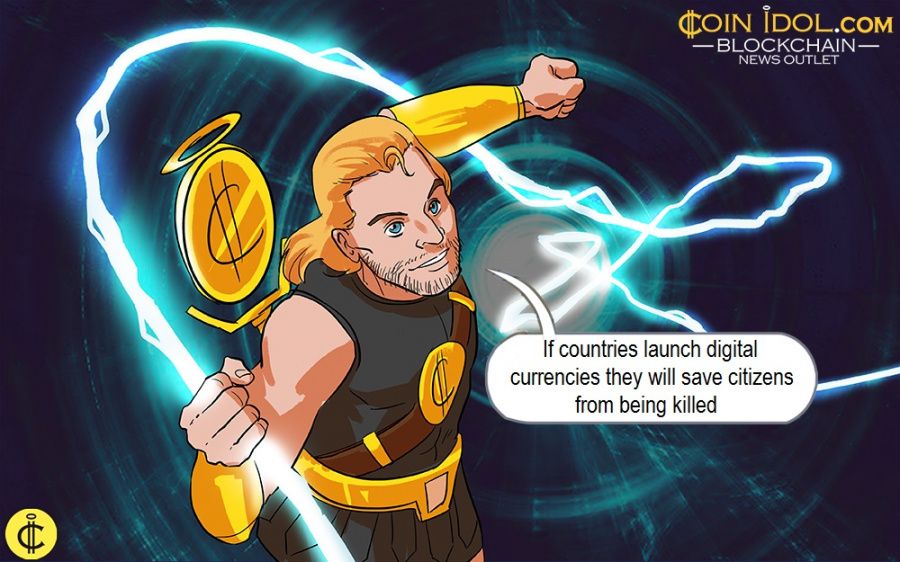 Last month (May 25, 2020), a US white policeman Derek Chauvin killed a 46-year-old black man George Floyd from Minneapolis, Minnesota, after the victim was suspected of using a fake currency of $20 USD bill to purchase a cigarette at one of the shops in the area. If the digital payments services such as credit cards, mobile money, cryptocurrencies, Bitcoin, were in place, George wouldn’t have died.

As per the emergency call statement, a shopkeeper called the security officers complaining that there is a customer who has bought a packet of cigarettes from his shop and the customer has instead paid with a counterfeit paper note in exchange of the product being bought.

A few minutes later, the police arrested the accused-customer, handcuffed him and put him into a police car. According to the criminal statement against Derek, it is said that the suspect tried to resist the arrest and the police officers applied excessive force to put him to order. In so doing, one white policeman put his knee onto the neck of a handcuffed suspect who was recorded on a video by a 17-year young girl (minor), Darnella Frazier laying horizontal to the ground for over 8 minutes until he couldn’t breathe, an act that resulted in his wrongful death. The act of killing was seen by many US citizens and the international community as racism of the highest degree. For justice to prevail, the deadly killer has been arrested, brought to court and he is being charged with third-degree murder.

Bitcoin Could Have Saved the Day

But, leaving the act of killing alone, the main cause of all these is just one complicated thing: using a fake note-of-money to make a peer-to-peer (P2P) payment. Had he walked into the shop with any type of digital currency, he would have bought whatever he wanted from the shop, paid using the accepted cryptocurrency, let’s say Bitcoin (BTC), Ethereum (ETH), Ripple (XRP), etc., at the counter and then walked away in peace – George would now be breathing normally. The whole of the United States would not be in tension, would not even be experiencing any protests and demonstrations from the black community over racism and social inequality accusations that have been happening in the country for more than 400 years. Donald Trump’s administration received intensive criticisms from all civil rights activists, governments and all peace-loving people from corners of the world, and his administration is now being put on a hard test.

One of the main advantages of digital currency is that the blockchain, underlying technology behind cryptocurrency, cannot be tampered with, and the transactions conducted using tokens are fast, transparent, safe, secure and convenient. Therefore, it becomes very hard to counterfeit a cryptocurrency, and this is not true with cash. Cash is just a piece of paper that anyone can make, provided that person has the necessary equipment and materials, and then circulates counterfeits in the market illegally. Remember, it is very hard to differentiate between a real and counterfeit currency.

George was not the first US citizen to use/circulate a counterfeit currency. According to the report from the US Attorney’s office, one US citizen named Ryan Andrew Gustafson (aged 32 years) who was living in Uganda was found guilty for having participated in the fabrication, pass, transfer and trading fake currency notes worth $2 million, outside the US.

In sum, about $1.8 mln phoney bills were passed and seized in Uganda. And in the United States, about $270k in fake notes was passed and seized. The criminals were circulating the phoney Federal Reserve Notes and exchanged it for real currency in the US, Uganda and other parts of the world. The existing law (Federal Sentencing Guidelines) gives a maximum sentence of 45 years in jail, a penalty fee of $1,000k, or both. But Gustafson was sentenced in prison for just 74 months (6 years and 2 months), and fined $230,890. Also, in the 1770s, three counterfeiters Gil Belcher, Hulbert, and John Wall Lovey were subjected to a death sentence after being found guilty for forging the New York paper money.

However, in order to address such criminal acts (such as mob justice done to any person – whether innocent of guilty - holding or using fake paper money) by both the police, common people and the suppliers of the fake money themselves, some countries have started designing plans that could see them partially or wholly shift from using traditional payments to using digital currencies.

For example, the US, where the inhuman killing act happened, is designing a central bank digital currency called the digital dollar, a state-owned token, that will be launched very soon. This will also address the problem of coronavirus. Despite being counterfeited, paper money also poses a risk of spreading coronavirus from one infected person to another. So many governments and that World Health Organization, have warned the people from reducing the use of untreated cash.

Also, China is expecting to roll out its own CBDC or DCEP dubbed the digital yuan. As Coinidol, a global blockchain and cryptocurrency news outlet reported, the financial authorities in the country unveiled that the process of issuing the digital RMB is progressing as previously planned. The DCEP has actually been tested in different state-owned banks located in different Chinese Provinces.

Following the health guidelines of the WHO aiming at preventing further spread of Covid19, more than 45 global central banks such as Bank of Japan, Canada, Sweden, Liechtenstein, Malta, Switzerland, Turkey, Iran, South Korea, Marshall Islands, etc., have also started the issuance and circulation process of CBDC. Some have even gone further to draft regulations guiding tokens, and others changing their financial laws to include cryptocurrencies.

So, if all these countries launch digital currencies, they will save their citizens from being killed for such minor acts like suffering from or dying of Covid-19 due to the use of infected notes, using/holding counterfeits – taking George Floyd as an example, may his soul RIP.