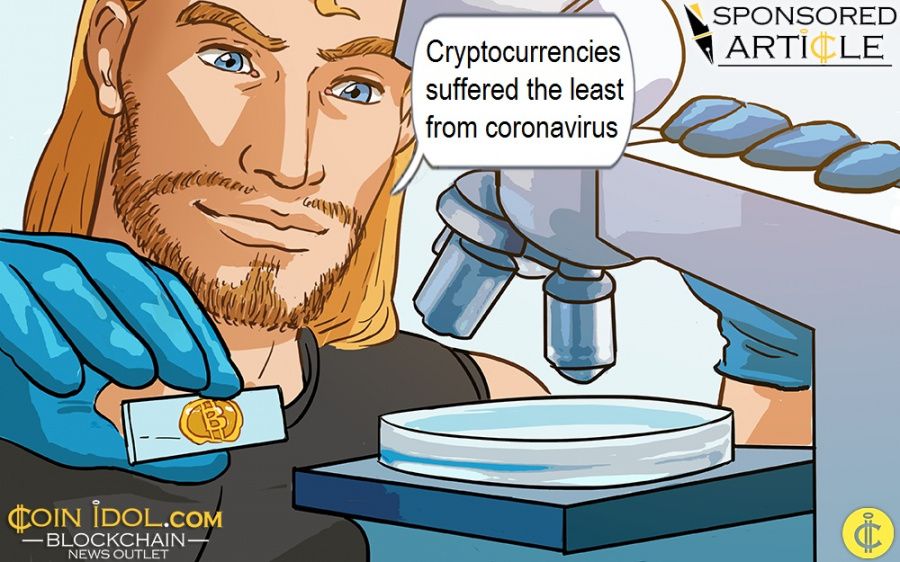 The beginning of this year has been extremely difficult for the population of our planet. During the January of 2020 the planet was hit with the COVID-19 Pandemic which immobilized almost every industry in the world.

The businesses stopped and corporations suffered heavy losses because of the ongoing quarantine regulations in almost every nation. The tourism, global trade and sports industries were among the most affected. The financial assets that were once considered to be stable and strong became extremely volatile. But among all this suffering, there was one beacon of hope. The only financial assets that the pandemic hasn’t affected were the popular cryptocurrencies, such as the Bitcoin.

Cryptocurrencies vs other safe havens

The COVID-19 pandemic resulted in a heavy financial crisis for the population of the whole planet. During such recessions, people tend to turn towards the financial assets that are considered to be “Safe Havens”, which means that the ongoing crisis generally doesn’t affect their strength and price. But this time things were completely different. We saw the prices plummet for the otherwise extremely stable entities such as Gold and Oil. The price of gold went through significant fluctuations in the first half of 2020, having the most serious drop during the second week of March, when the price clocked at around $1400, compared to approximately $1700 just a week before that. All due to the COVID-19 Outbreak. At the same time the Price of Bitcoin was only rising.

Cryptocurrencies are thriving during the pandemic

During the pandemic the price of Bitcoin rose and since has been keeping its value in the upper $9000s or exceeding $10K. This fact was the major evidence that Bitcoin and cryptocurrencies are the true Safe Haven assets. Because of the nature of this technology, the outside factors don’t affect virtual money, making them an ideal candidate for investment. While the rest of the world is trying to recuperate, cryptocurrencies are becoming only stronger and gaining more popularity among the general population. Interesting fact is that while the pandemic was happening, there were additional Bitcoin ATMs installed around the world, reaching a total number of around 8000 units. The reason behind this fact was increased usage of crypto and superior numbers of trading transactions, all during the raging pandemic.

Another curious fact is that another popular industry connected to cryptocurrencies has found increased success during the pandemic and that sector is Bitcoin Casino. They differ from the rest of the gambling industry by choosing cryptocurrencies as their only payment options, providing significantly higher speeds of transactions, better security and privacy, together with the total anonymity. Many people who have invested in Bitcoin switched their attention to the gambling fun, while being in the lockdown.