Crypto Scammers Use Celebrity Endorsements to Promote Their Schemes, but Some of the Stars Are Actually Into Bitcoin 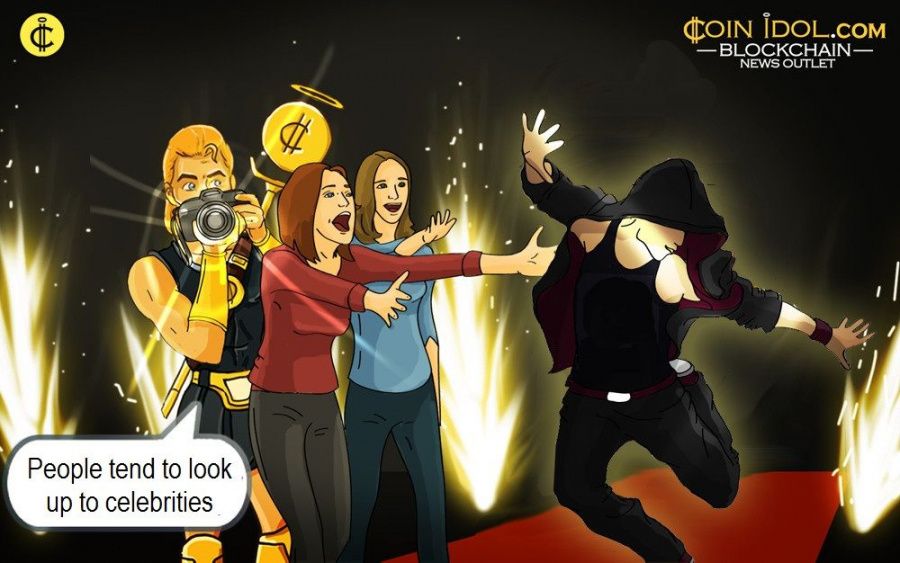 People tend to look up to celebrities. That is why when they set a trend for something, common folks take up the trend almost immediately. For this reason, scammers often use their popularity to look more reliable and attract potential victims.

As 2020 has seen an increase in various cryptocurrency scams, the community has also witnessed the names of celebrities popping up in fraudulent schemes every now and then. According to CoinIdol, a world blockchain news outlet, the names of Elon Musk, Kanye West, Daniel Craig and even the British Royal Family have been involved in promoting projects aimed at nothing but tricking out people’s money.

In most cases, celebrities are completely unaware of the fact that they are promoting any kind of such projects. However, there were some incidents when popular personalities were supporting scams purposefully.

Back in September 2020, the US Securities and Exchange Commission (SEC) charged a famous rapper Clifford Harris Jr. known as T.I. for promoting a fraudulent ICO of a project called FLiK. At the beginning of the year, another well-known person, a 90s action movie star Steven Seagal was fined amounting to $314,000 for unlawful advertising of a cryptocurrency project that also turned out to be a scam.

While such misuse of celebrities’ names might harm the reputation of crypto projects, the actual interest from famous people might, on the contrary, boost crypto adoption and build trust in the technology. And lately, there have been several cases when stars actually were looking into digital currency.

For instance, Maisie Williams, who is behind the Arya Stark character of Game of Thrones, has announced she has bought some bitcoins. On November 16, she posted a survey on her Twitter page asking her subscribers for advice if she should invest in Bitcoin. Despite a little bit more than a half of those who passed the survey advised the actress against getting involved with BTC, on November 17 she announced that she has bought some BTC after all.

thank you for the advice. i bought some anyway. https://t.co/mhZiVoN6vy pic.twitter.com/XeU1KkfuXy

Some other prominent personalities were also paying close attention to Bitcoin as well as other cryptocurrencies. In mid-2020, a rapper Jay Z and a movie star Will Smith invested some amounts of money in a startup behind CryptoKitties to support their new project aimed at helping Ethereum developers.