Another Cryptocurrency Scam Project Involves Celebrities to Promote Their Scheme 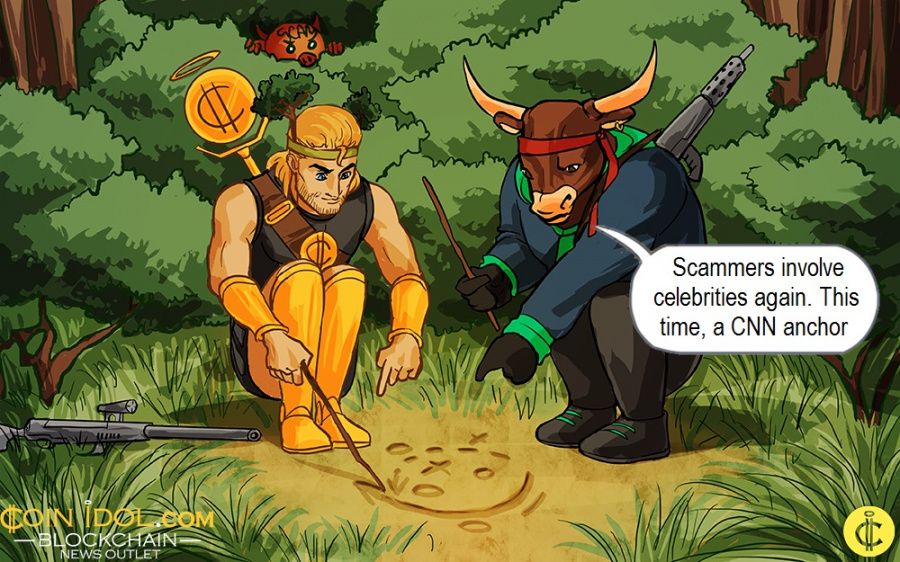 The platform is an automated trading bot offering sky-high returns on investment. However, in fact, all their investors can gain is a hole in their pocket. According to the Scam Cryptoroots review service, it is just one platform from an entire unauthorized network of such trading bots aimed at luring out people’s money. Considering the fact that the identical endorsement from Jake Tapper was also used to promote websites Bitcoin Rush and Bitcoin Trader, such a suspicion might not be groundless.

The sole choice of the name for the platform is aimed at tricking users, for they might mistake it for an updated Bitcoin Pro App. The latter is a legitimate broker allowing its users to trade bitcoins without using any bots and, naturally, with quite an average returns and trading associated risks.

Celebrities promoting scams without having any idea about it

Besides fake endorsements and recommendations, scammers involve other celebrities to pose as if they are among the platform’s investors. The list includes James McAvoy, Daniel Radcliffe, Sir Richard Branson etc.

However, Bitcoin Pro has just joined the trend for involving celebrities to draw more attention and look more reliable. Since the start of 2020 and the coronavirus pandemics, the number of such fraudulent projects increased sharply. Even members of the British Royal Family have been involved in advertising a scam project without even knowing it.

As coinidol.com, a world blockchain news outlet has reported, Prince Harry and Meghan Markle were named as investors of the Bitcoin Evolution trading platform, which in fact is also a classic investment scam case. The fraudsters used their intention to live independent of the Royal Family and posed everything as if they had become their investors and gained their fortune to become independent. However, neither Prince Harry nor Meghan Marke had any idea they appear to have a “fortune”.

These are far from being the only case for such fake advertising. Among the celebrities whose fame was used to promote fraudsters are Daniel Craig, Elon Musk, Vitalik Buterin, the father of Ethereum, and many others.