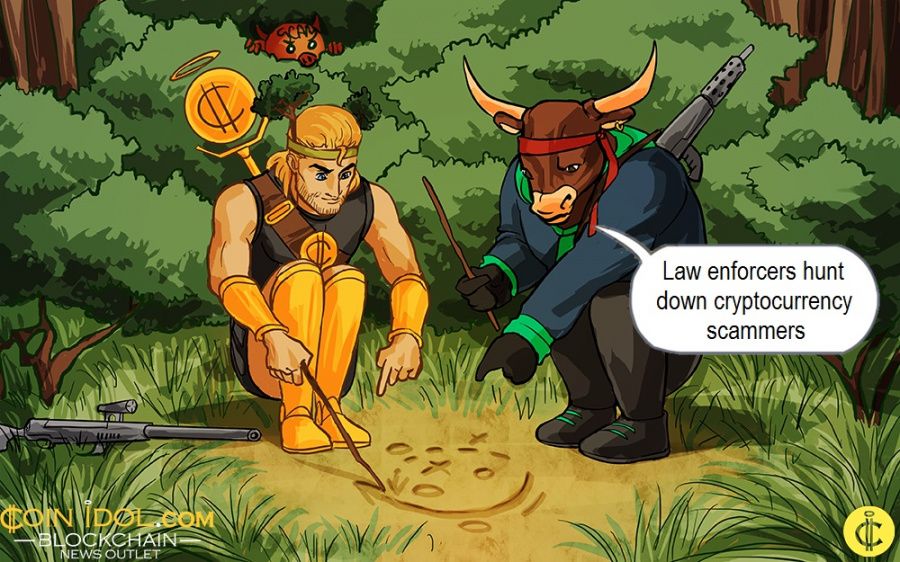 The COVID-19 pandemic and global economic crisis triggered the increase in illegal activity related to cryptocurrency. However, law enforcers also keep themselves busy to fight the growth and put as many criminals behind bars as possible.

A good proof of that is the story with the Twitter hack, where the US law enforcement agencies proved to be highly efficient when having detected and arrested the mastermind behind the attack within less than a month. As CoinIdol, a world blockchain news outlet reported, a 17-year-old teenager from Florida faces 30 charges due to his track record of scams.

Tracking down another project

Now, the country’s Department of Justice (DOJ) is trying to hunt down creators of a cryptocurrency Ponzi scheme called Banana Fund. The scheme was operational for sixteen months - from Dec 2016 to Mar 2018. An unknown mastermind behind it persuaded potential investors to use the platform and promote their startups by posting business proposals to get crowdfunding in various digital currencies. After investors sent different amounts of cryptocurrencies, they received shares based on the amount of funds they sent, but at some point, the scheme closed and has never operated till now.

However, in January 2018, the runner of the Banana Fund told all the venture capitalists that the project had failed and promised to compensate by refunding all the contributions. Alas, no one has received any compensation so far. The deceived investors reported the matter to different authorities including the US Secret Service (USSS) to conduct immediate investigations. The USSS started to trace the operations and fund distributions of the scheme and successfully located an account holding 482 BTC and 1.722 mln USDT.

For now, their main task is to retrieve the stolen funds and return them to the scheme victims. The USSS performed a seizure warrant and instigated repaying these funds to the victims. Such measures have managed to stop the subject from liquidating the left-over illegitimately gained money for selfish interests.

Although the law enforcement agencies do their best to deliver justice to scammers and fraudsters, it is sometimes not that easy as they need solid proof to take any kind of legal actions. Just like in case with the notorious Al Capone, who was arrested for tax-dodging despite being involved in robbery and murders. But as there was a lack of evidence, the police couldn’t seize him for his real deeds.

Now, decades later, the US law seems to be the same. Thus, a fraudster involved in a massive cryptocurrency scam called BitClub Network was walking free until caught in Jakarta. However, the charges had nothing to do with cryptocurrency. A scammer Russ A Medlin was caught for child abuse and sex crimes. Meanwhile, the project harvested over $722 million.

Fortunately, later on the US law enforcement agencies managed to catch all the operators of BitClub Network. On July 9, 2020, the US court sentenced a programmer from Romania identified as Silviu Balaci to serve 5 years in prison and a heavy fine of about $250k after being found guilty of operating the scheme. His colleagues-in-crime named Joseph F Abel, Matthew B Goettsche and Jobadiah S Weeks still wait for their sentences.

As cryptocurrency is beyond state borders, fraudsters can also work cross-country. The fact sometimes complicates legal proceedings against such criminals due to conflicting jurisdictions.

For instance, the Latvian police blocked and detained cybercriminals that were suspected to be holding more than €110k in digital currency. The attackers are alleged to have been in illicit operations via the internet since 2015. Although being the residents of Latvia, they mostly targeted abroad companies and businesses, such as Booking, eBay, PayPal, etc. After gaining their illicit profits, they were laundering the stolen money in Latvia. Consequently, they will face justice according to the Latvian legal framework despite most of their victims being from other countries.

Another good example of complications of cross-border trials is the infamous case of Alexander Vinnik and his BTC-e scam. For over 4 years, France, Russia and the USA have been fighting over charging him. Each country wants the fraudster to be charged according to their laws. Although Vinnik himself sought for extradition to Russia, as he had to face lesser charges there, it was finally ruled that he would stand trial in France for numerous crimes performed in the country.

Generally, it is quite comforting to know that law enforcers make all efforts to protect their citizens against losing their savings and deliver justice to those earning their fortune with illegal activities. Despite the wave of cryptocurrency scams still growing, the police, as well as other agencies, seem to have all necessary means and expertise for successfully combating it.