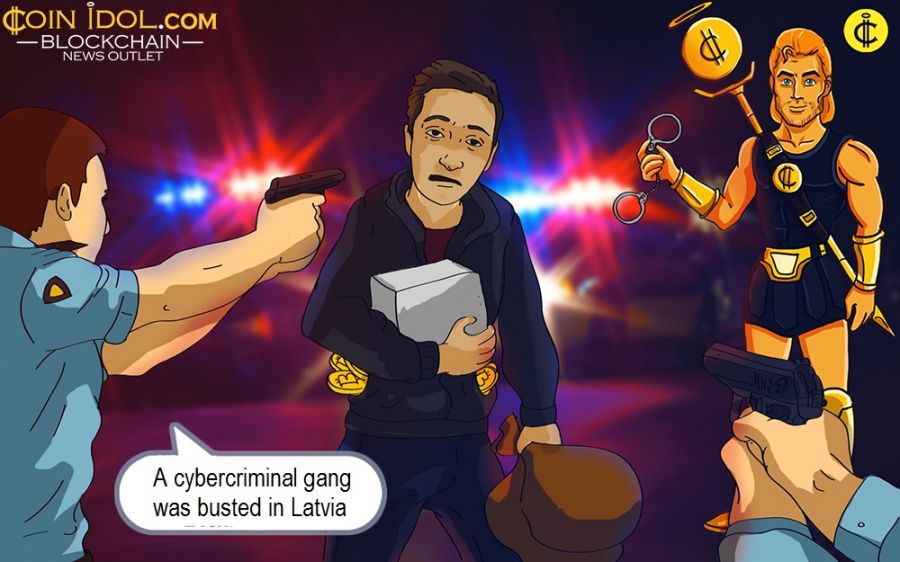 Officers of the Cybersecurity Department of Latvian Police exposed the activity of an organized gang of cybercriminals. During the operation, the law enforcers confiscated cash and cryptocurrency in the amount exceeding 110,000 Euro.

The gang has been operating since 2015. While conducting most of their crimes abroad, the hackers were legalizing their fraudulently acquired income in Latvia.

In the course of the investigation, the police figured out that the gang was performing illegal activity on the Internet, taking advantage of such platforms as eBay, PayPal, Booking etc. Criminals bought the citizen’s credentials, social media accounts and emails on the darknet to gain access to their data related to various payment instruments.

About a thousand people deceived

After gaining their illegal income, the cybercriminals were using it to buy personal and real property as well as paying for their daily needs in Latvia, such as fuel, food, entertainment etc. Besides, the gang members were actively investing the funds in cryptocurrency and gold.

Investigation proved that most victims of the gang were from abroad. As of now, the police are trying to trace their exact number and location. According to the preliminary data, there can be more than a thousand victims, mainly from Western Europe and North America.

All three of the arrested gang members are the residents of Latvia. Two of them are also the citizens of the country, while the third one is a permanent alien resident. The three men born in 1986, 1989 and 1991 are the official suspects in the case. One of them was taken into custody, while two others were charged with a penalty other than imprisonment.