CoinIdol Asked the Community - Scammers' Money to Go to BitGive 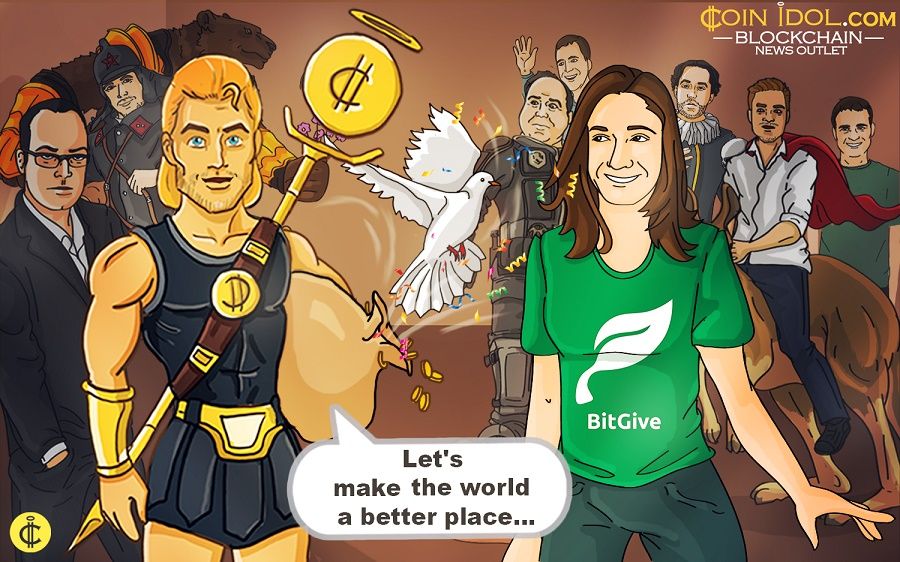 On April 1, Coinidol closed the voting on which charity organization should get the $1,000* in Bitcoin of scammers’ money, and the crypto community has chosen BitGive.

On March 20th, the public trial of Jawad Yaqub was closed and the community decided to send the scammers’ money to charity. Coinidol asked the crypto community to suggest which charity organization should get the donation of $1,000* in BTC (according to the exchange rate on March 7, 2017, when funds were transferred to the multisignature wallet).

The majority of our readers (26.92%) and jury members (71%) suggested sending these funds to BitGive, a non-profit organization.

BitGive was founded in 2013 and since then has built a positive philanthropic representative organization for the Bitcoin and Blockchain industry, bridging the gap between an innovative technology and its practical applications for nonprofits and humanitarian work in the developing world.

Jury members, who voted to send money to BitGive:

Jury members, who abstained from voting:

The results of readers vote:

During the open vote, we also received several suggestions of other charity organizations where we could send funds to: Legambiente (11.54% of all votes), and The Crimean regional public organization "Association of people with disabilities" (3.85% of all votes).

Coinidol’s team thanks all the participants of the open votes and for all your suggestions on which charity to send the money to.

The funds will be sent to BitGive, Bitcoin address 1PEoUKNxTZsc5rFSQvQjeTVwDE9vEDCRWm. The funds will be sent from the multi-signature address:  3EZ7DhAbwmzx7xFjfyhsoFDA3ZTmy6cQeS, which now contains the funds that Coinidol received from scammers.  You can follow the movement of these funds.

*  The amount in fiat may vary due to Bitcoin price volatility on the cryptocurrency market. The funds of $1,000 USD were transferred from fiat to Bitcoin on March 7, 2017.