Which Charity Organization Should CoinIdol Send $1,000 of Scammers’ Money? 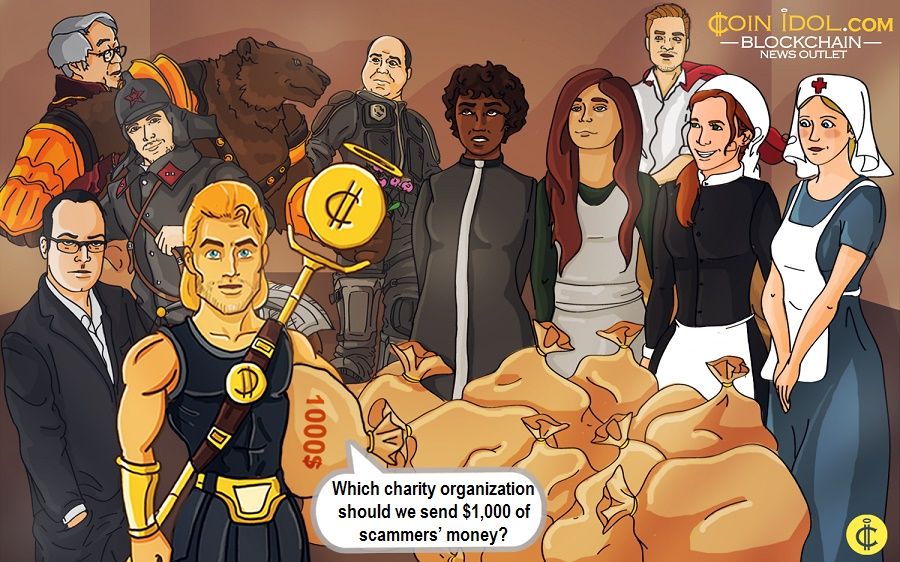 Coinidol is asking the crypto community to suggest which charity organization should get the donation of $1,000 in Bitcoin. Yesterday, March 20th, the public trial of Jawad Yaqub was closed and community has decided to send the scammers’ money to charity. Now, we need to define the recipient organization of this transaction.

We ask you to:

1. vote for one of the charity organisations in the list below or
2. suggest another non-profit organization that you believe should receive these funds and write about it in the comments below the article. If you have suggested an organisation, that is NOT included in the list below, please, don't forget to give the name of the organisation, a description of it and the website.

So far, we have received several suggestions of non-profit organizations accepting donations in Bitcoin, where we could send funds to.

BitGive is the first Bitcoin 501(c)(3) nonprofit, giving it tax exemption status at the federal level in the United States. It was founded in 2013 and since then has built a positive philanthropic representative organization for the Bitcoin and Blockchain industry, bridging the gap between an innovative technology and its practical applications for nonprofits and humanitarian work in the developing world.

BitGive has established strong partnerships and raised funds with well-known nonprofits including Save the Children, The Water Project, TECHO, Medic Mobile, and more.

The BitHope Foundation is the first fully registered non-governmental organization in Bulgaria that uses only cryptocurrencies for the funding its campaigns. The BitHope.org website hosts a variety of different small-size charity campaigns that can be funded exclusively with bitcoins.

Unsung is a recognized 501(c)(3) non-profit organization fighting hunger. According to the report, Unsung is an online community or social media platform where people can view good deeds in “real time.” The idea is for US grocers, restaurants, caterers or anyone with large amounts of leftover food to donate what would otherwise be thrown out.

Freedom of the Press Foundation

Freedom of the Press Foundation is a 501(c)(3) nonprofit organization that fights for journalists detained at the border, reporters arrested covering protests, and whistleblowers prosecuted for telling the truth.

The Songs of Love Foundation is a national nonprofit 501(c)(3) organization that creates free personalized original songs to uplift children and teens currently facing tough medical, physical, or emotional challenges. Every CD is professionally produced with lyrics containing the child's name and references to all of his or her favorite activities, things, people, and pets. Songs are written and performed in any language in the musical style that the child likes best by a variety of talented professionals.

Run 2 Rescue is a Christian non-profit organization committed to restoring victims of sex trafficking. Run 2 Rescue is in the fight and doing all they can to rescue enslaved women, stop the suffering and bring healing to hurting families.

(If you consider any organisation in the list as being dishonest, please, let us know in the comments below.)

The vote will end on April 1, 2017, 00:00 GMT. Thank you for participating in an open vote and for all your suggestions on which charity to send money to.