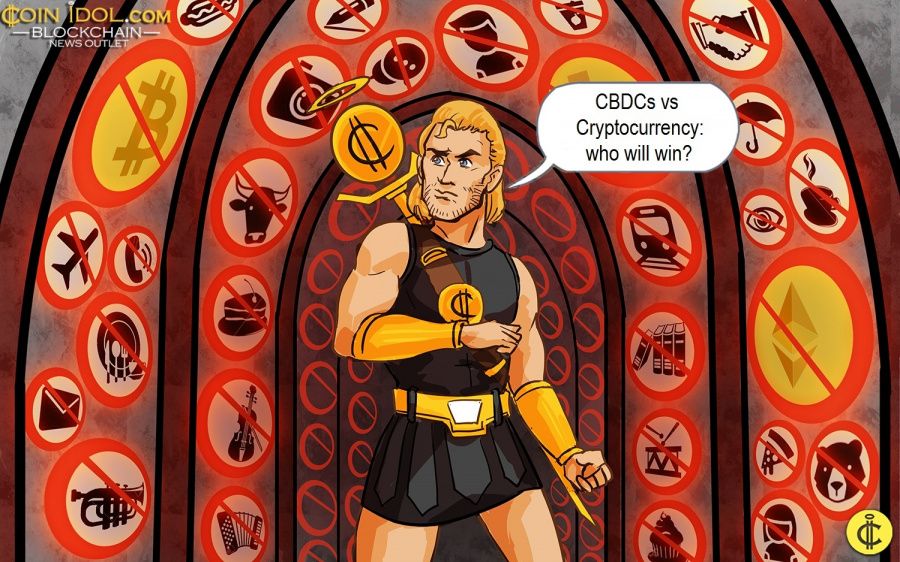 As the world becomes increasingly digital, more and more people turn their attention to cryptocurrencies. In fear of fiat money being replaced, governments and central banks are looking to create their own digital currency. However, as their plans will be implemented, the world might face a full-scale financial war between centralized and decentralized technologies.

While it is obvious fiat money loses its power slowly but steadily, central banks do not want to lose their supremacy at all. And it is not even about a hegemony of some certain currency, it is about control over financial markets. For if people will massively turn to decentralized cryptocurrency, banks might very well lose it.

For this reason, traditional financial institutions are cautious about bitcoin as well as other cryptocurrency. However, wishing to keep pace with the progress, even the most conservative of them must admit that digital currency has a good potential.

One benefit digital currencies have over paper money is that they reduce unnecessary paper money printing and handling costs. Think about what the $800 million the US Federal Reserve spent on printing and handling its dollar notes in 2018 could have done to the global economy. That money is 25 times bigger than the GDP of Tuvalu, which apparently stands at about $32 million.

Besides saving money for governments, digital currency can provide significant benefits for users as well. First of all, it is much more convenient that fiat money. With the abilities of modern technologies, people can make payments using their smartphones. No more wallets full of banknotes and coins, no more issues with seeking change all over your pockets.

Besides, digital currency is safer. Even if your data has been stolen, you can block access to your digital money within seconds before burglars are able to use it. If someone steals your wallet with physical money, you will not be able to get them back.

As governments and banks delve into the idea of virtual money, some of them are looking to develop Central Bank Digital Currencies (CBDCs), which work in similar ways as the fiat currencies except that they are in a digital form and issued through electronic wallets for faster distribution.

China, Denmark, South Korea and other countries are either researching or piloting the use of CBDCs. Coin Idol, a popular crypto and blockchain news channel on June 11 reported that the emergence of CBDCs could even replace traditional account opening and other bank services such as loans.

Back in 1944, world leaders gathered at Bretton Woods to install a supreme reserve currency and a central monetary system, which seemed to be reliable and stable until now. Even the appearance of cryptocurrency as an alternative in 2009 didn’t pose a threat, as ordinary people were cautious about this new and unknown technology.

However, the COVID-19 pandemic and lockdown revealed the potential of digital money and made people explore this innovation after 20 years since its inception. Thus, all they have agreed upon at Bretton Woods should be changed according to the reality.

Perhaps, the world leaders should gather again to discuss and establish the new financial system based on CBDC. However, society seems to be years away from that as only China and South Korea actually proceed with its launch. The real change might start after the first CBDC will see the world.

Despite some speculation that CBDCs will completely replace cryptocurrencies, it is unlikely to be true. As no central bank is planning on launching a decentralized version of their digital currency, there will still be people preferring a less controlled alternative. And this will probably force central banks to become really hostile to cryptocurrency.

Even now, many countries have a high unfriendly position on cryptocurrencies. For instance, The Reserve Bank of India has been trying to ban the use of cryptocurrency, Russian Central Bank also showed willingness to support the crypto ban. Even the world's biggest economies China and the USA have a contradictory stance on digital assets pointing out the necessity to regulate the industry.

So if CBDCs are successfully launched and widely adopted, the pressure on cryptocurrency might increase further, as central banks would probably want to eliminate their competitor. This might result in stricter regulations imposed on cryptos in more democratic countries and official bans in less democratic ones. In fact, this can turn into a real clash between centralized and decentralized digital currencies. Which one of them has more chances to win?