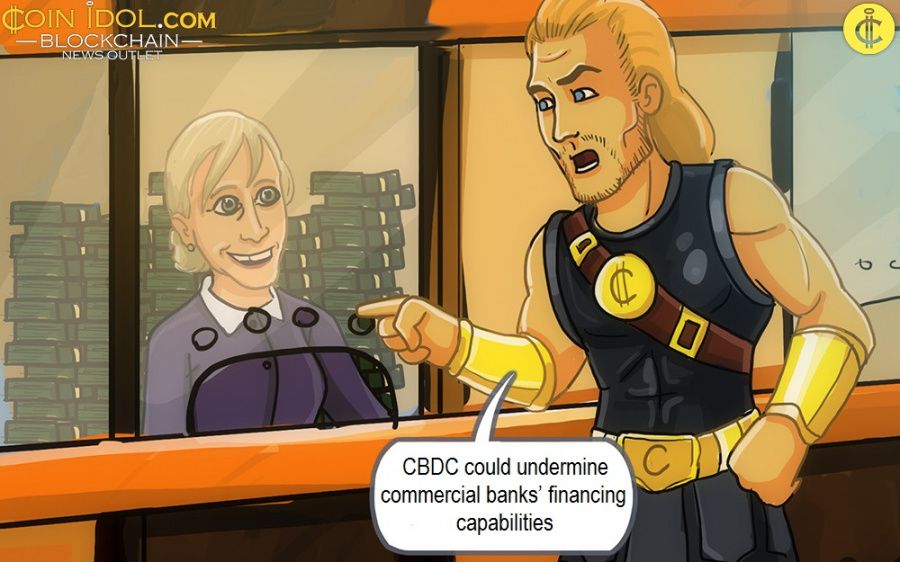 It has been argued that central bank digital currencies (CBDC) could threaten the existence of commercial banks by eliminating deposits that are the source of loans.

The latest report by the U.S. Federal Reserve of Philadelphia (FRB) research team claims in a detailed report dubbed “ CBDC: Central Banking for All?” that CBDC could undermine commercial banks’ financing capabilities and undermine currency order.

The Fed worked with the University of Pennsylvania and the University of Chicago to study the changes that CBDC adoption will bring. The study focuses in particular on how the opening of the CB will affect the function of financial intermediation - especially on traditional maturity transformation.

In a 32-page report, the Fed argued that the launch of tokens can provide a fundamental change in the structure of the financial system, that is, to justify the CB that is open to all.

The report predicted that if a consumer had a CB account directly through CBDC, it could result in competition between CBs and commercial banking companies.

The CB will be able to compete with private financial intermediaries in the deposit sector and participate in large-scale brokerage. As consumers are focused on the CB, the bank can become a deposit monopoly.

Maturity transformation is the act of causing long-term loans such as mortgage loans through short-term funding such as deposits. Commercial banking institutions offer services to both lenders in this way.

While the Fed concluded that the role of commercial banks could be performed through the CB digital money, it stressed that CBs should consider the potential costs involved and be prepared for potential risks in special circumstances such as economic crisis.

CBDCs and other digital assets, especially from Libra, a token being created by Facebook, are now a hot topic among the governments and global financial watchdogs and are being seen as a threat to the traditional monetary structure.

In the meantime, China is almost ready to roll out digital RMB, an electronic version of its Yuan and could be going to introduce serious challenges for the U.S. banking system—potentially forcing President Donald Trump and his administration to also digitalize the national fiat currency – US Dollar - to race.