Elections During COVID-19: Is it the Time for Blockchain Voting to Shine? 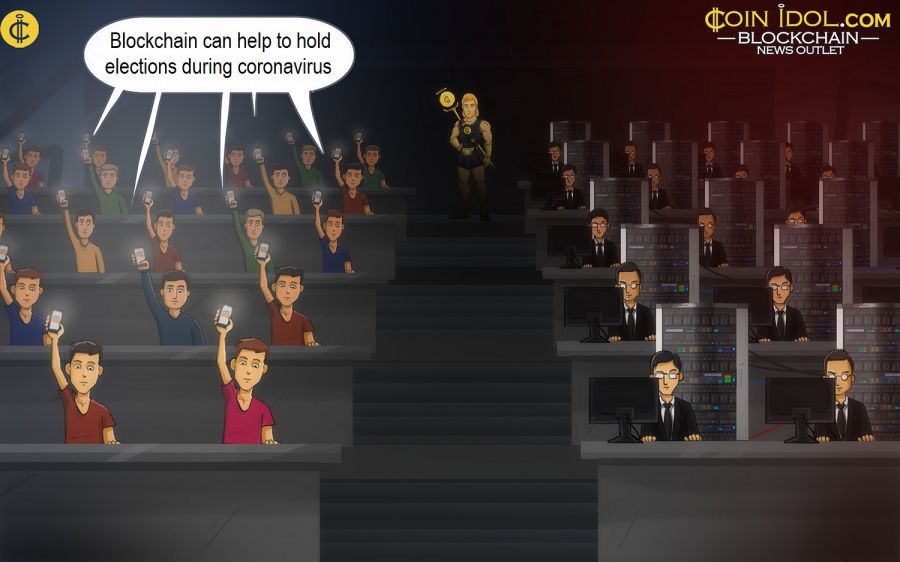 As countries brace for elections in the time of COVID-19, they are wondering how possible this can happen while social distancing measures prevail. Blockchain and distributed ledger technology (DLT) seems to provide a good option for organizing and conducting free and fair elections during this time of emergency.

The recent outbreak and spread of coronavirus have caused damage of unthinkable levels and no single sector was spared. The virus now affects the field of democracy by making traditional election processes impossible. For instance, in the US, a country worst hit by the virus, 16 states have just announced they would postpone their primary elections in fear of COVID-19. According to research by the International Foundation for Electoral Systems (IFES), worldwide, more than 50 elections have been postponed due to fear of the spread of COVID-19.

In the remaining months of 2020, there are heaps of national elections coming up including the US presidential, House of Representatives, and Senate elections; Belarusian presidential election; Lithuanian parliamentary election; Hong Kong Legislative election among others across the world.

After the outbreak of COVID-19, international agencies including the Center for Diseases Control (CDC) have released standard operating procedures (SOPs) for electoral workers, voters, and governments to guide not only the vote casting but campaigns and emphasized the creation of more voting options, avoiding crowding to keep virus infections low. These procedures impose numerous restrictions, while the countries are left with very few options.

Democratic processes are shifting from paper-based to virtual means

Besides, these new procedures significantly increase the cost of holding elections, which was high enough even before the pandemic. A research finding by Open Secrets put the total expenditure during the 2016 US elections at about $2.3 trillion. With this huge sum of money also comes unnecessary delays, rigging, and other inconveniences. It’s upon this background that some countries resorted to exploring cheaper voting alternatives that would deliver transparent results.

Several countries have already made tremendous progress in the field of online voting. A recent report by CoinIdol, a world blockchain news outlet said that South Korea will have its blockchain-powered voting system ready by 2022. A few states in Russia, US, and Italy have all tried blockchain e-voting systems before.

Blockchain technology is undoubtedly the best option if you are looking for transparency, trust and security, but also urgency and convenience.  As opposed to the traditional centralized data storage and management system, the DLT, through its unique features of recording, sharing and synchronizing transactions in designated ledgers keeps large amounts of information safe without allowing anyone to tamper with common malpractice in electoral processes.

Due to its decentralized nature, blockchain makes it impossible to manipulate the results of voting in any way. Once the vote is recorded in the network, it is impossible to change and vote. Such a feature minimizes the possibility of falsifying results.

However, practice shows that blockchain-based voting systems still require lots of work as they have their own flows. For instance, a platform that was recently tested in Russia had a vulnerability which allowed for decrypting votes before the official counting.

On one hand, this feature allowed for each person to check whether one’s vote was not manipulated or forged. But on the other hand, when holding any kinds of voting within business corporations, the leadership might get a chance to press on the employee and force them to vote the certain way in order to keep their jobs.

Nevertheless, the application of blockchain technology in voting has a great potential to disrupt the entire sector both fhr corporate voting and elections. When the flaws are fixed and blockchain-based voting passes successful testing, we might see wide adoption of them for various kinds of voting.