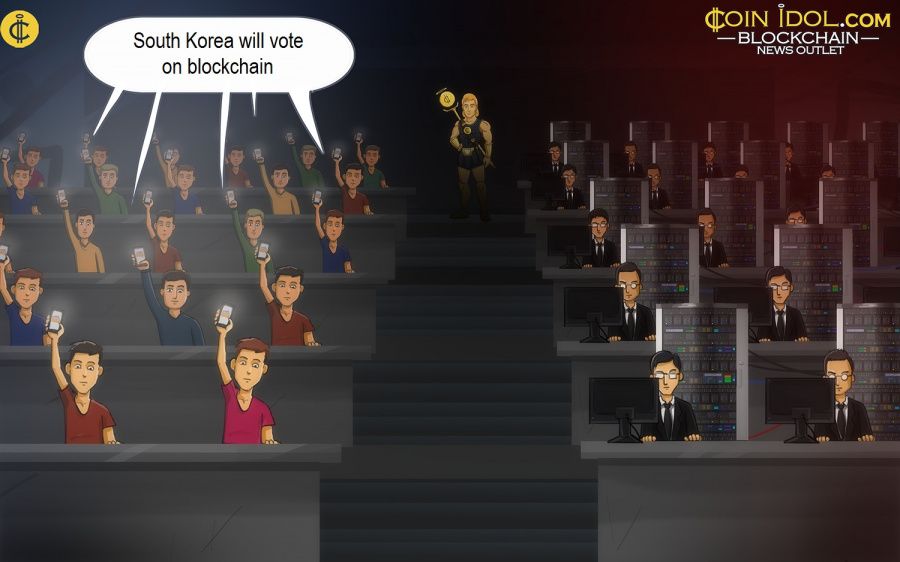 The South Korean government is actively adopting disruptive innovations including blockchain and distributed ledger technology (DLT) within various industries. It seems the country wants to follow in the footsteps of Japan and Switzerland to become a global tech hub.

As of now, the government looks to apply blockchain within seven key areas including donation, social welfare, renewable energy, finance, real estate transactions, mail and voting. As other countries are looking to adopt blockchain to ensure transparency and fairness in voting processes, South Korea is also looking to get on that train.

In this effort, the Ministry of Science and ICT (MSIT) recently announced the ‘Strategy to Spread Blockchain Tech for an Ultra-connected, Non-face-to-face Trusted Society’ at a general meeting of the 4th Industrial Revolution Committee under the President’s Joint Ministries.

The government will establish a blockchain-based online voting system by 2022 that will allow stakeholders like voters to directly access and check results. It is expected to be applied to the online voting system of the Central Election Commission. Nevertheless, elections or public officials like presidents, parliamentarians, and heads of local governments that can’t legally vote online are excluded.

Following the hacking disaster that happened in 2013, when the authorities developed and used an online voting system known as K-voting, the government now believes that blockchain could be a perfect solution, due to its unmatched transparency, trust and security properties it provides in a digital voting network.

Back in 2018, the National Election Commission in a partnership with the Ministry of Science and ICT started developing a blockchain-based platform for voting and even held a trial in the private sector. However, it seems the developers have detected a flaw, so the full-scale launch was postponed.

Nevertheless, the Central Election Commission is not the only body that is looking to implement blockchain for voting. In early 2020, the Capital city of Seoul announced they will use blockchain to improve the citizen engagement platform ‘Democracy Seoul’. In such a way, the city government is looking to protect its citizens from fraud and forgery during referendums on various issues.

As most of the world has been on strict lockdown, many conventional spheres of human life are forced to become digital. Voting is not an exception, considering the fact that it is a necessary process in any democratic society. So the fact South Korea intensified its research and development is not a surprise, as many countries have started doing this long before.

Thus, as coinidol.com, a world blockchain news outlet reported, Russia announced it is going to implement a blockchain-based voting system and actually trial it on July 1. Other countries including the USA, Japan, Italy and others have also made efforts to progress with this use case of blockchain. But South Korea is actually aimed at going further.

The government also considers Decentralized Digital Identity (DID) technology, which has become a major component of blockchain commercialization. In particular, it is planned to actively support DID as it is considered to be a key element in the face-to-face economy in the post-coronavirus period.

Besides actively exploring the potential of blockchain technology for various use cases, South Korea is going to join China in launching its own Central Bank Digital Currency dubbed digital won. The country is going to use it as a contactless transaction method by applying the demonstration case of the Busan Regulatory Free Zone.

In order to close the technological gap with developed nations, the Korean government will strengthen its support for responding to global standards. If authorities use the Covid-19 crisis as an opportunity, they can leap into a leading nation in the DLT that is the basis of the hyper-connected and non-face-to-face era.