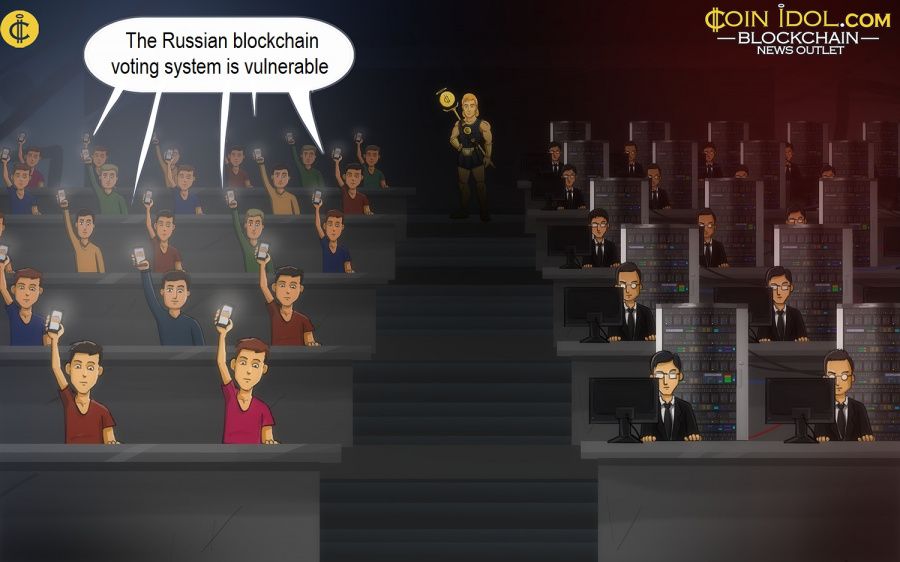 The Blockchain-based voting system announced in Russia has a vulnerability allowing for decrypting votes before the official end of voting. This feature questions the anonymity of voting, thus making it possible to manipulate people’s votes by forcing them.

The vulnerability was detected by the Russian media outlet Meduza. According to their report, the system was changed, making it possible for a voter to decrypt one’s own voice using one’s own saved private key before the general private key is revealed by the Voting or Election Commission.

On one hand, such a feature allows for ensuring the fairness of voting. By using their private keys, people can make sure their votes were counted properly without any manipulations, distortions or forging. This would also make it easier for independent observers to monitor voting and proper vote count.

On the other hand, when used in business entities, this would give the management a chance to control the process. They can track how their employees vote, therefore, violating the anonymity of the process. Such a vulnerability paves the way for manipulating and applying pressure to people in order to force them to vote in a certain way.

The use of the system is under threat

According to a previous report by coinidol.com, a world blockchain news outlet, the new blockchain-based system was to be used during the voting for changes to the country’s Constitution in September 2020. Among other things, the voting should determine the faith of Vladimir Putin in the position of the President, as new amendments would allow him to serve two more 6-year terms.

The system was to be trialled on July 1 in Moscow and Nizhny Novgorod. However, now it is unclear whether the developers would be able to fix the bug till September, thus making it questionable whether the system is used at all. According to Meduza, chances are quite slim.