Authoritarian Countries Keep a Tight Hand Over Their Nations; Bitcoin Might Save the Day 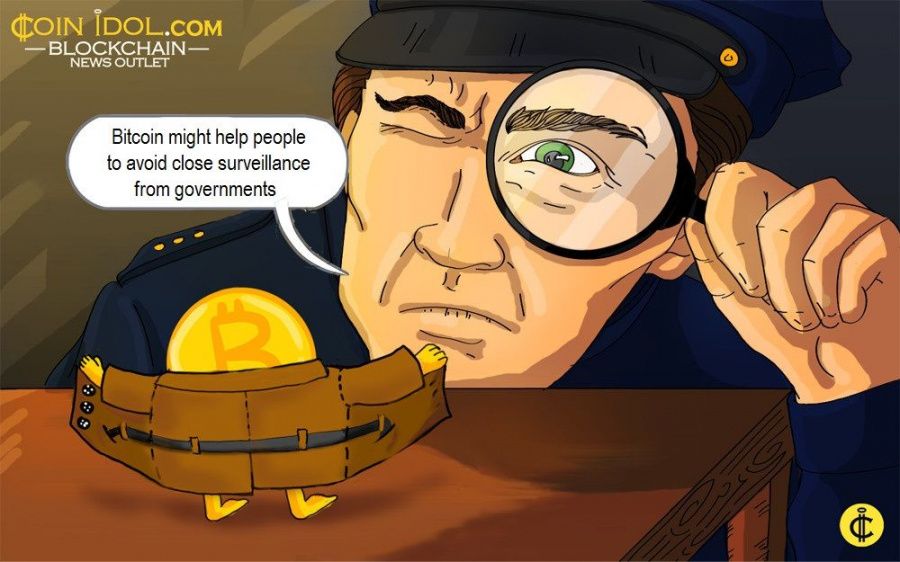 The countries with authoritarian regimes practice using numerous tools to watch over everyday activities of their citizens. New technological tools such as Blockchain, Bitcoin and cryptocurrency can help protect human rights in such countries.

According to The Global Expansion of AI Surveillance report conducted by Carnegie Endowment for International Peace, about half of the nations in the world now use AI surveillance systems. Some of the projects include facial recognition systems, smart city initiatives that deploy real-time data on citizens to help in the delivery and supply of public services and improve policing, border security systems, security agencies espionage on political nonconformists and dissidents.

Companies such as Amazon, IBM, ZTE, Huawei, Palantir, Google, BAE, and others, are doing well in this field of surveillance. Cloud computing servers and other mass monitoring systems are being created to help the governments do their work perfectly and effectively. CoinIdol, a world blockchain news outlet, previously reported that Huawei launched a distributed ledger technology (DLT) Service through its cloud services. The system is to be used by blockchain enterprises and developers in several countries.

However, the tools are raising serious ethical concerns and questions about human rights and civil liberties. To some extent, the general public don’t feel safe being subjected to all this kind of monitoring and surveillance, hence an abuse of human rights, as well as putting the future of work (employment) and rights of employees at stake – new technologies have contributed much to unemployment.

There is no doubt that technology can play an important role in combating conflicts and terrorism attacks, but these tools can also fuel the violation of human rights, and blockchain-based, automation, AI firms that collect user information are now debating on how to deal with this challenge. Companies want to use technology to significantly contribute to the elevation, and protection of human rights.

The private sector and the governments should do everything possible to create legal systems, policies, advocacy plans, and documentations that can effectively alleviate the human rights risks which could result from these emerging technologies.

As we go into the digital world, technology is now part of our lives and health, including the humanitarian right side. Cryptocurrencies such as BTC, use DLT to distribute coins in a decentralized, secure, fast, effective and transparent way. According to the UN Declaration of Human Rights, every person has a right to social security, and this includes secure income and employment. Cryptocurrency helps to achieve this right since it has the potential to offer protection for the wealth of the user, and also secure the user’s income especially in antagonistic living conditions.

The Human Rights Foundation (HRF) designed a ‘stablecoin’ to help people living in authoritarian regimes or capital controls from the regime. The stablecoin is seen as a weapon for freedom, a shield that will protect residents from surveillance, and other sanctions. With its unique transparency features, Blockchain technology has the potential to end modern slavery – through ethical recruitment.

Human rights activists in countries like Venezuela, Uganda, Philippines, Nigeria, China, Iran, etc., using cryptocurrency are now able to receive BTC and then convert it into a local currency in just a few minutes (not more than 20 minutes).

Now, the HRF is using different ways to help human rights activists deploy cryptocurrency like BTC do their work. First, research is being carried out on how tools can be better created for activism work. Second, they're giving educational programs to activists and other well-wishers on how they can deploy these tools in a safe, transparent and secure manner. Third, the HRF is educating activists and other people about the benefits of this tool. And fourth, they are educating more people in programming BTC, cryptocurrency and DLT. Therefore, newer technologies such as Bitcoin and Blockchain have the potential to be a powerful force in promoting and protecting human rights.