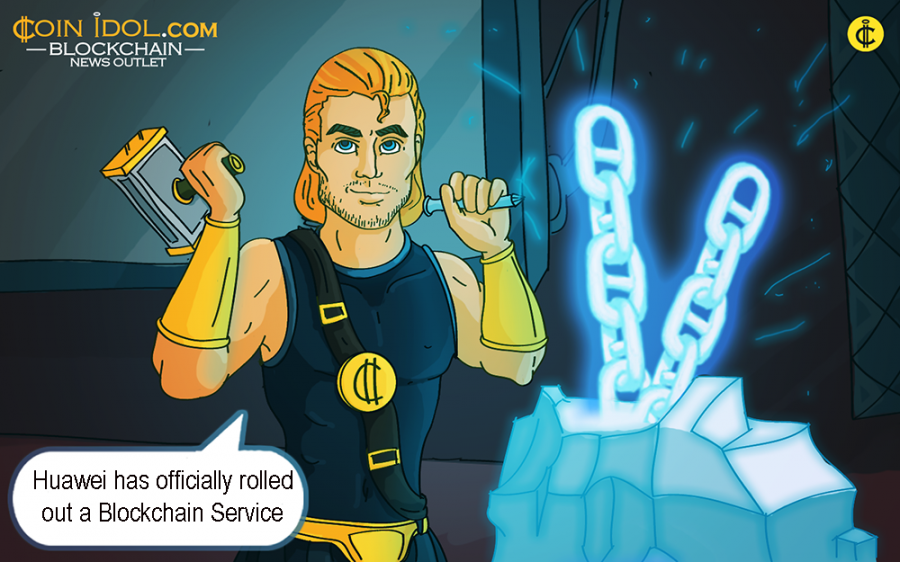 Huawei, the telecom & smartphone maker giant, has officially rolled out a Blockchain Service for world use via its cloud services.

In March this year, Huawei, China's biggest tech company was planning to manufacture a brand-new smartphone able to operate with applications related to Blockchain, as Coinidol reported.

On Wednesday, November 28, Huawei Cloud, a section under the Huawei firm, officially rolled out its Blockchain Service (BCS) for world use after its rollout for commercial use in Asia, specifically China, on Wednesday, October 10, 2018.

Huawei Cloud revealed that the service was developed to assist:

Adding that the launch would set a strong foundation for a wide distributed world blockchain technology platform.

Meanwhilst, Huawei had hard-wired Hyperledger in the year of 2016. Hyperledger is among the most swayful open source project in the distributed ledger technology (DLT) industry,  hosted by Linux Foundation. Huawei company was recognized as a primary Hyperledger maintainer with incessant technical and code contributions in two significant sub-projects: STL and Fabric.

Hyperledger is a blockchain-as-a-service (BaaS) platform which enables users to make smart contract applications that largely aim at the supply chain, crypto securities and public services such as ID verification, and small or large-scale financial auditing.

Nevertheless, BCS applies the benefits of Huawei Cloud's container & security tech, and many more. In addition, the DLT service has the following advantages:

Some of the BCS Benefits

The DLT platform will provide technical support for businesses which create DLT applications and solutions. However, some of the benefits of BCS include:

In the middle of this year, Huawei declared that customers of its smartphones could download various Bitcoin wallets on their gadgets. Now, the crypto wallets are set for pre-installation on every new Huawei mobile smartphones.