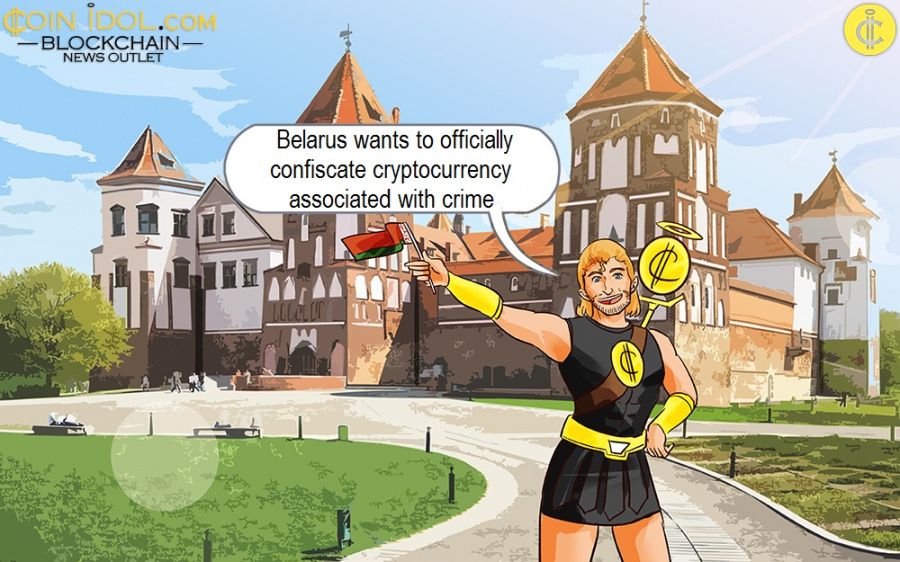 Belarus cybercrime authorities want to confiscate cryptocurrency involved in criminal activity, including money-laundering, terrorism financing and other fraudulent operations. All they need is an official permission from the government and the President.

Cryptocurrency was completely legalized in 2017 by Alexander Lukashenko, when he signed a Decree on the development of blockchain-based digital economy. The President is striving to turn his country into the next Silicon Valley by establishing the Belarus High-Tech Park and creating an economic zone according to the same principles as in the USA.

However, presently, the Head of the country’s Crime Investigative Committee, Ivan Noskevich, asks Lukashenko to pay closer attention not only to the potential of cryptocurrency, but also to its possible misuse. The cybercrime authority wants to gain an official right to confiscate digital money when they are suspected or proved to be used for illegal purposes.

To Get Away with Crime Using Cryptocurrency

Terrorism has become a tangible global issue. Attacks take place here and there from time to time, and it is really important to track their sources of financing. Everything is simple - even terrorists need money to do their deadly deeds.

Bitcoin and other virtual currency can become a safe haven for those who wish to conceal their transactions made with criminal purposes. Some terrorists demand bitcoin ransoms, threatening governments with violence. For instance, coinidol.com, a world blockchain news outlet, has reported back in 2019 that some unknown attackers threatened to bomb Russian railways in case they are not paid 50 BTC.

Fortunately, the message turned out to be a fake. However, if not, it would be nearly impossible to catch criminals by the transaction as blockchain is anonymous despite its traceability and transparency.

Countries Fighting the Way They Can

Various countries try to adopt regulations that would prevent terrorists and criminals from using the potential of blockchain and cryptocurrency. In the worst case, those regulations might be used at least for catching criminals before they get away leaving their victims behind.

In the USA, a woman named Zoobia Shahnaz was sentenced to 13 years in jail for frauding financial institutions with the aim of sending bitcoins to ISIS. Another guy from Washington DC went behind bars for money laundering through LocalBitcoins exchange. All this has been achieved thanks to approved regulations. So, maybe, a permission to confiscate cryptocurrency when it is suspected in criminal misuse is not unreasonable. At least, it would not let terrorists and other fraudsters use it for their illegal purposes.

Tags
Cryptocurrency Crime Belarus Cybercrime Government Regulation Money Blockchain Bitcoin
Most Popular
May 01, 2021 at 12:54
News
Russia is Going to Establish a Special Department for Exploring Artificial Intelligence
May 01, 2021 at 11:58
News
Dogecoin Price Pushes To The Upside; Can Bulls Breach The $0.45 Resistance Zone?
May 01, 2021 at 10:10
News
VersoView: Building Brands and Communities with Unique Blockchain Publish, Engage and Reward AI Solution
May 01, 2021 at 09:16
News
Polkadot Resumes Fresh Uptrend, Targets Resistance at $48
Apr 30, 2021 at 14:28
News
Ethereum Faces Rejection At $2,800, Consolidates Above $2,700 Support
More