Belarus to Mine Bitcoin Under President Lukashenko Guidance 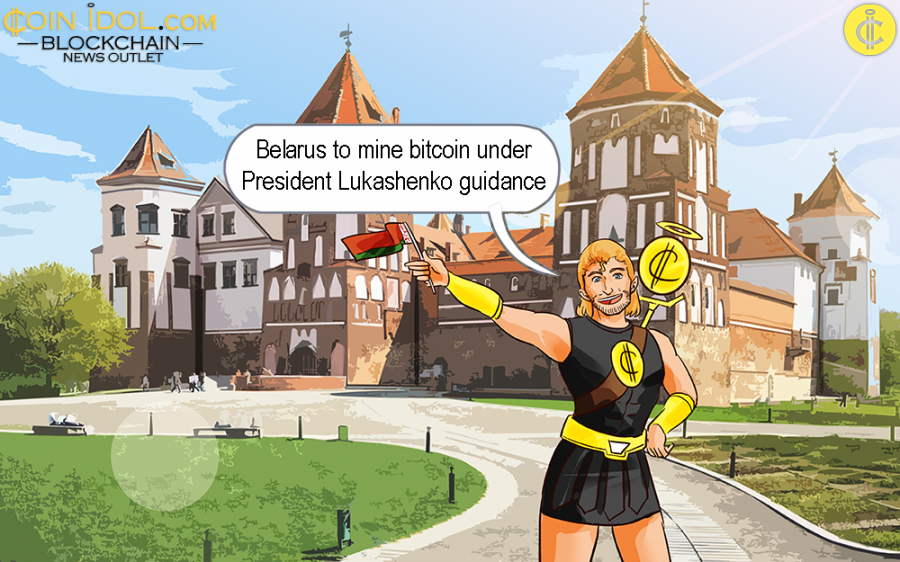 As Bitcoin continues to trade above $5,000, the President of Belarus, Alexander Lukashenko, revealed that his government will support innovation initiatives associated with cryptocurrency (such as Bitcoin, Ethereum, Ripple) and blockchain technology. He suggests opening a mining farm for crypto.

While in a general meeting with senior representatives of the information technology (IT) sector in the High-Tech Park, the president showed optimism and wanted to encourage the country’s leaders to put more emphasis and focus attention on the availability of suitable resources as well organize for the cryptocurrency mining in the country.

“Well, you want crypto, cryptobierge, mining, etc., to create a farm there. Wait, we’ll introduce a nuclear power plant (NPP), an excess of electricity ... I’ve left a place there, we’ll build farms and we mine these bitcoins and we’ll sell them. Maybe we will create an IT country,” President Alexander said.

The president stressed that the government is more than ready to embrace, support and listen to the initiatives of the fledgling generation.

Last year, the Russian Internet watchdog, the head of the Radius Group, called Dmitry Marinichev, expressed his will to construct a large mining equipment manufacturing plant in the country (Belarus). Also, Prime Minister Andrei Kobyakov, baptized the cryptocurrency industry with fire – the acceptance of crypto to the local market in Belarus is still uncertain.

President Lukashenko, also signed a decree back in December 2017, exempting all the crypto participants (traders, investors, buyers, sellers, brokers, etc.) from taxes. Albeit, the tax privileges are to be established for transaction dene with crypto. The High-Tech Park, platform to delve into the potential of digital currencies, was set up successfully. Then, last year, Lukashenko signed a decree ‘on the digital economy’ and these sectors must be vigorously developed in Belarus in order to uplift its economy.

"The President of Belarus supported all the ideas and initiatives of the IT community. The decree was sometimes called revolutionary even before the signing in the press. In fact, he is. In Belarus, one of the best conditions in the world for the development of IT, hi-tech in general, businesses based on blockbuster technology and much more is really being created. Talking about the decree does not make much sense - its norms speak for themselves," Vsevolod Yanchevsky, head of HTP Administration, revealed.

The National Technical University also showed a great interest in digital currencies, to the extent of rolling out the training of pertinent specialists in the blockchain and crypto industry. The head of RACIB also acclaimed the strategy for developing a digital economy and studying digital assets.

The first power unit of the Belarusian NPP, which is located near Ostrovets, Grodno region, will be commissioned in December this year, and the second will be in the summer of 2020.

The technology park for gifted children will appear in the country, where they will be trained and taught under an accelerated suite program of scientific, technical and innovative activities.

On November 30, last year, the government released legal regulations for cryptocurrency-related businesses, and all people of the Belarus Tech Park received the support from the regulator in charge.