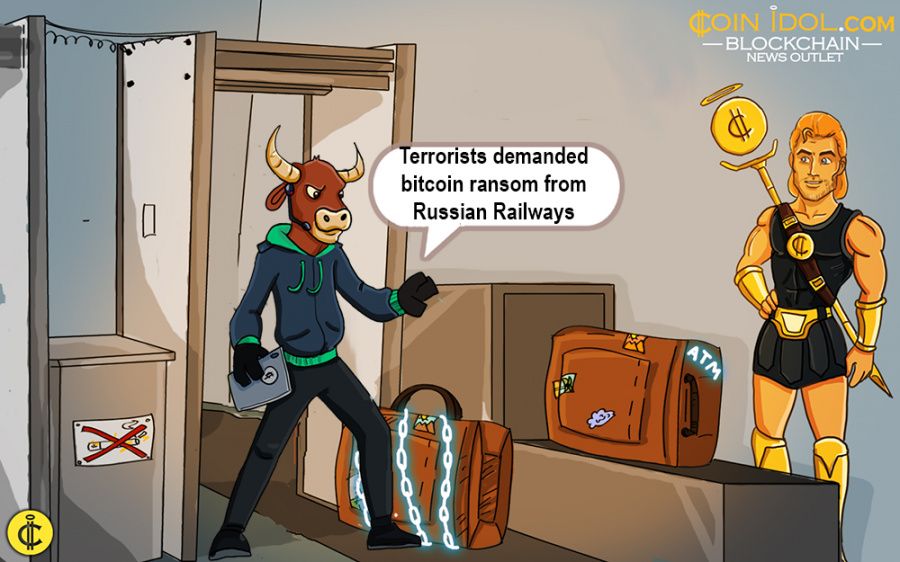 An unidentified message was sent to the Russian Railways intimidating with thrilling violence of bombing stations if a named amount of cryptocurrency in bitcoin worth $642,815 (50 BTC or approx. 30 million rubles) aren’t transferred to them as soon as possible. The event has tempted the country’s police to start the investigation into the matter.

The outlandish message claiming the demands were just disclosed by the law enforcement agency in St. Petersburg and is currently being treated as a sound life-threatening case. According to the information in the letter, the claim states that if the requested Bitcoin amount is not forfeited in time, the anonymous assailants will have no other option but to blow up various railways locations using quadcopters.

This terrorist menace may be looked at as a travesty, however, the crime squad are not leaving any space for these attackers to do something which is risky or dangerous. As we talk now, the police and other authorities are trying to check and monitor the railway stations in St. Petersburg and Pulkovo Airport for bombs.

Hitherto, zero wary has been registered. No single stations have been closed or evacuated.  The public is still waiting for the Russian Railways to make an official comment on the possible menace.

At this moment, the paper-trail of the message is still hard to track down, according to the local  news outlet.

However, the IP address of the sms looks to be recorded at a telecommunications firm and the site of the attackers is still indefinable. The 50 bitcoin requested is a comparatively modest amount equated to several other prominent threats circumstances.

The letter further requested that the demanded 50 BTC should be transferred to several wallets.

The demanded sum was at around $100K, but the city authorities declined to hand over the money, and due to their negligence, the attack caused a massive amount of money in damages.

The deadline passed on Tuesday this week and no bombing happened anywhere in Russia. Generally attackers didn’t fulfill their threats of blowing up railway stations in the country.