VK Plans to Provide Crypto Services to its 97 Million Users 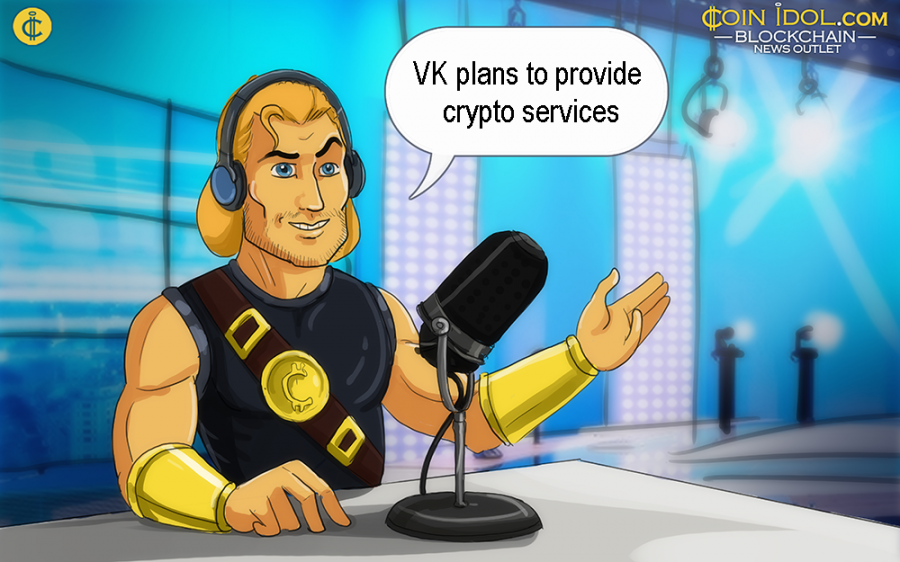 Russia’s version of Facebook, VKontakte (VK), is considering making its own cryptocurrency. Currently, the project is underway, though the final conclusion has not yet been reached. VK claims it has got more than 97 million lively monthly users.

The social media giant company wants to develop its private crypto that will see all its users support and implement, according to the report by RNS – a Russian news outlet. VKontakte is frequently denoted to as the “Facebook of Russia.”

This move by VK comes few months after fellow social media foil behemoth Facebook reportedly revealed that it is exploring the leeway of issuing its own crypto.

VK users will purportedly be in a position to earn digital currency via interacting and networking on the site. For example, users could get crypto from getting likes or sharing fascinating posts, as per RNS.

In addition, users will use the crypto to buy and sell products to each other through the platform, and also wire funds via the use of VK Pay – a cashless money transfer structure incorporated with VK platform.

The technology functionality is now being worked on and users will start using it when it's ready – VK & crypto. VK has a big influence in the country, and this means that if the company launches its own crypto, there will be a significant boost in the adoption of this nascent innovative technology.

Russia has not shown full support to cryptocurrencies including Bitcoin (BTC), the leading cryptoasset by market capitalization. The current President of the Russian Federation Vladimir Putin was skeptical about BTC and other major cryptos such as Ethereum, Ripple, Litecoin, Bitcoin Cash, etc., however, the president came out to set a July 2019 as a deadline for creating digital currency regulations in the country he presides over.

The chairwoman of the interdepartmental working group of State Duma known as Elina Siderenko, who is responsible for managing risks of crypto turnover, revealed that Russia will perhaps not adopt digital currencies for at least the next 3 decades.

“The Russian Federation — like any other country in the world — is simply not ready to combine its traditional financial system with cryptocurrencies [….] And to say that this idea can be implemented in Russia for at least the next 30 years is unlikely.”

Now, social media giants including Twitter, Facebook, and VK, are competing with each other to see who will be the first to create its own cryptocurrency that will catch investors’ attention. The CEO of Twitter Jack Dorsey buys $10,000 worth of BTC weekly using fiat. He even believes that BTC will be a native currency for the internet.

Everything. Mostly I think it has the greatest chance of being the Internet’s native currency. If you think of the internet as you would a country, that’s huge.
— jack (@jack) February 6, 2019

Moreover, Facebook CEO Mark Zuckerberg was also planning to integrate blockchain into Facebook login in order to give social media users full authority when giving access to other third-party apps.

Facebook is also considering to integrate crypto payments across its various messaging services, such as Messenger, WhatsApp, and Instagram. Similarly, the Russian-established Telegram messaging app also declared the same plans.