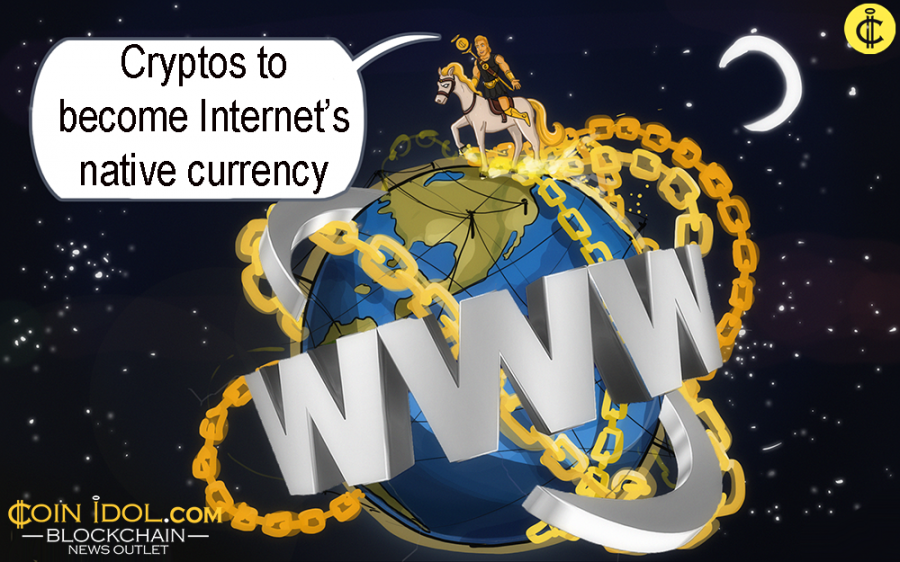 The CEO & Co-founder of Twitter and Square, Jack Dorsey, has predicted Bitcoin will become the native currency for the internet regardless of the monumental losses in its trading value. While on The Joe Rogan Experience, a podcast which attracts over 4.5 million subscribers on YouTube, the US entrepreneur made his bold prediction. 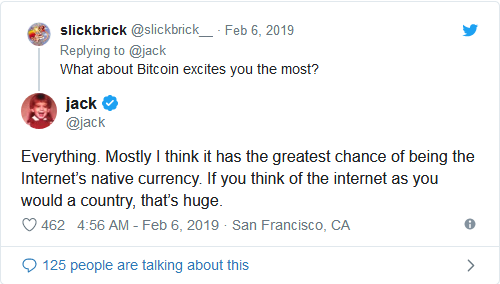 Jack also added that his payment platform known as Square has been supporting BTC since 2014, enabling customers to both pay for products with and trade in the digital currency (BTC), as Forbes revealed.

Jack wants to see something become a worldwide currency because it will create more access, enable more users to be served and also allow people to travel quickly around the globe.

In spite of such important supporters, BTC is facing the longest period of plunging prices in its one-decade history.

This drop started in late December 2017 and since then, it has seen the crypto plummet from around $20,000 to $3,450, according to Coinmarketcap data. There is suspicion to allude that BTC will be rebounding sooner or later. Bitcoin is predicted to set for a ‘fresh decline,’ following it fall past the $3,500 price level.

After the Lightning Torch was passed to Dorsey, the swamp of questions began. Possibly the most significant answer of all is about the BTC Jack holds: 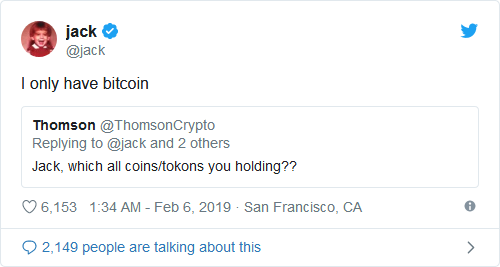 Jack conceded to being a Bitcoin holder. Nevertheless, he didn’t want to reveal any kind of information about the heaviness of his BTC wallet: they asked him how much BTC he hoards, and he replied just with one word: “Enough.”

However, the worst part was for BCH and/or BSV. Jack was asked whether he intends to include BCH on his Cash App, he said that the functionality is at this moment in the works. Nevertheless, holders of BCH and BSV won’t benefit from it: 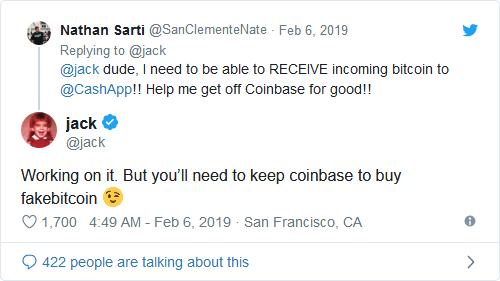