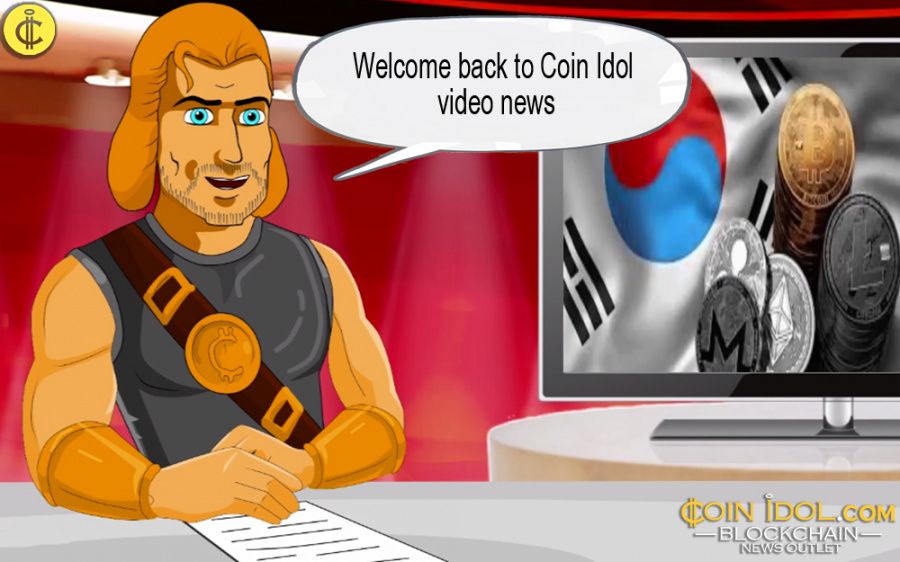 Coin Idol TV News channel is pleased to update our viewers on the latest news of blockchain and cryptocurrency industry as of April 24. The topics of the day are: South Korean cryptocurrency exchanges reveal self-regulation guidelines, Marsh and IBM partner to add proof of insurance on the blockchain technology, crypto coin traders protested in front of the Polish Ministry of Finance in Warsaw, Wikileaks Store states Coinbase has shut down its bitcoin account.

Cryptocurrency exchanges in South Korea have set up rules to lift and increase transparency of deals and reduce money laundering, terrorism financing,  insider trading and many other deals that have slowed down the growth of blockchain technology in the country. This group of exchange platform include the likes of Upbit, OkCoin, Bithumb, among others.

The newly established KBA self-regulatory framework consists of the measures that are majorly focusing on consumer protection.

The framework constitutes five general requirements that include the management of clients' coins, holding a minimum equity of 2 billion won, cope with abnormal transactions quickly, float new crypto with enhanced client protection system and that the cryptocurrency exchanges will need to publish proper consistent audit and finance.

Marsh, a global leader in insurance broking and risk management, announced about its collaboration with IBM on April 16, as Business Wire reported. The fintech companies are going to work on the first commercial blockchain solution for proof of insurance.

Blockchain tech was chosen for the project because of its security that can barely be hacked. While proof of insurance is put on the blockchain, there can be no doubt that all data is recent and correct. Developers hope that the financial market regulars will appreciate the project that helps to hire contractors minimizes all the risks of a scam while speeding up processing time and raising coverage certainty.

Recently introduced policy taxing cryptocurrency led to a large demonstration in front of Polish Ministry of Finance. On April 20, cryptocurrency traders, including some respected politicians, publicly expressed their disapproval of the new fintech regulating legislation with a protest.

The picket of more than 1000 people was standing for 1.5 hours with banners saying: “We are free so we want freedom for our cryptocurrencies”, “We want to pay equal taxes”, and so forth.
The peaceful protest reached its target as PCC has no power in Poland now. Such an event has shown a great example of the democratic country with fair taxes and equal regulation.

Wikileaks Store States Coinbase Has Shut Down Its Bitcoin Account

A claim by Wikileak’s official online store states that its account with Coinbase was suspended by the cryptocurrency exchange. In 2016, Wikileaks was central to a long string of international scandals before the presidential election according to the leaked document depository and it is now calling for a boycott of coinbase. Coinbase says that its primary goal is to make digital currency safe and secure for its customers.

There are no indications that show how Wikileaks specifically violated the rules. Coinbase is concerned about Wikileaks to operate legitimately in order to prevent money laundering and other illegal activities.

Wikileaks also responded immediately via a tweet upon receiving Coinbase’s notice and called for the crypto community to stop using the exchange until further notice. “Wikileaks will call for global blockade of Coinbase next week as an unfit member of the cryptocurrency community.