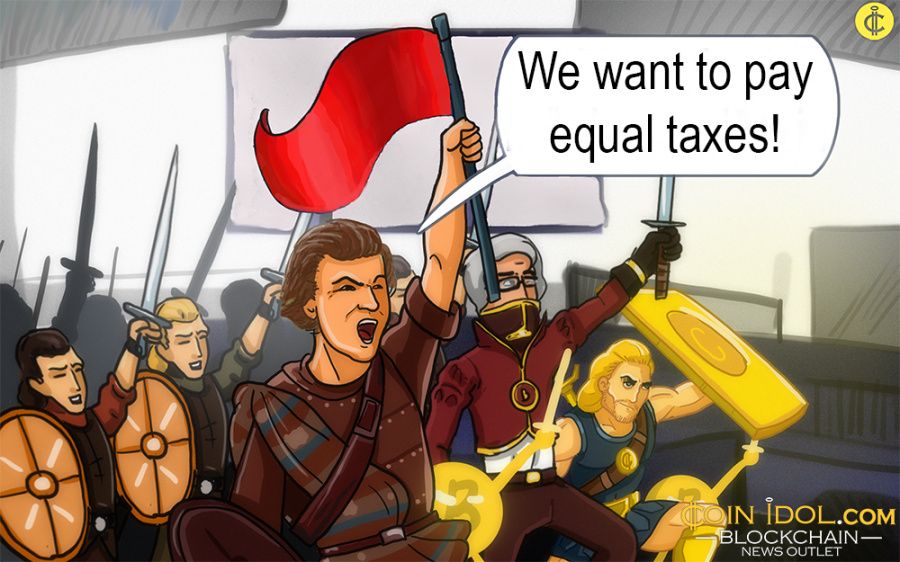 Recently introduced policy taxing cryptocurrency led to a large demonstration in front of Polish Ministry of Finance. On April 20, cryptocurrency traders, including some respected politicians, publicly expressed their disapproval of the new fintech regulating legislation with a protest.

The Polish authority supervising the country’s financial market passed a law that puts a 1% tax on a virtual coin’s price, such as bitcoin, litecoin, and ethereum, for every transaction. Furthermore, each trader has to fill in a PCC (stamp duty) document for each transaction conducted with a digital currency. Taking into consideration a trader who is performing a lot of small transactions, it will take the whole of eternity to fill millions of paper sheets for each separate case.

The picket of more than 1000 people was standing for 1.5 hour with banners saying: “We are free so we want freedom for our cryptocurrencies”, “We want to pay equal taxes”, and so forth.

Pawel Cebulski, the undersecretary of finance, heard out all the demands of protesters. In the end, the financial institution announced it suspended PCC on transaction carried out on the cryptocurrency market. Polish Ministry of Finance also decided to arrange one more meeting for a discussion about crypto taxes. However, officials have to handle an issue with those who already paid their taxes too.

The peaceful protest reached its target as PCC has no power in Poland now. Such an event has shown a great example of the democratic country with fair taxes and equal regulation.