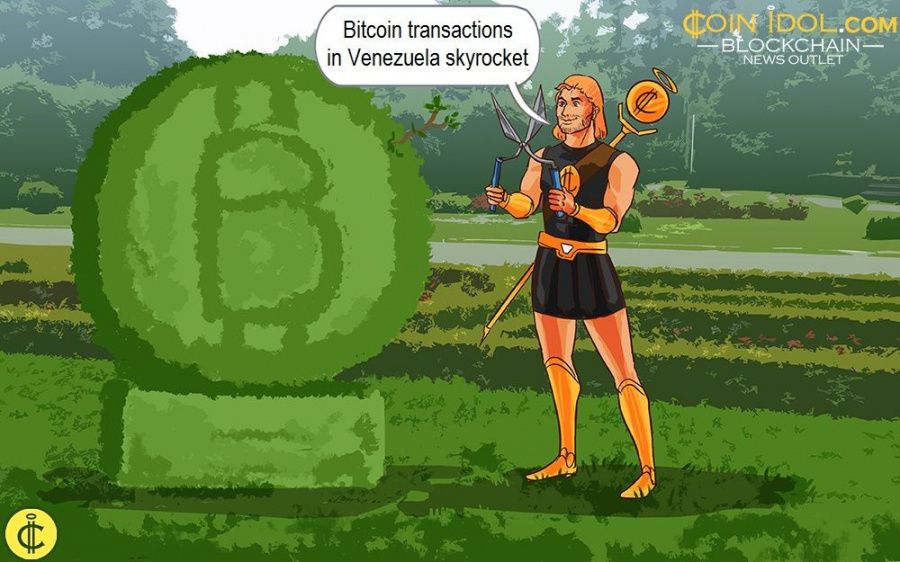 Venezuela is amidst one of the toughest economic recessions in the country’s history. To reinforce their standing, its citizens turn to Bitcoin. The flagship cryptocurrency tends to be more stable than the Bolivar, or the Petro, an oil-backed crypto issued by the Venezuelan government.

According to the report by Chainalysis analytics firm, Venezuela has become the 3d country in the world by the volume of P2P cryptocurrency transactions in 2020. The growth was so significant, that the country has found itself on the verge of massive Internet shutdowns, according to a report by CoinIdol, a world blockchain news outlet. The network was heavily loaded by online activity by the Venezuelans.

Partially, such growth was caused by the globe’s overall digitisation due to the COVID-19 pandemics. Another reason is common for developing countries. As many of their citizens are unbanked and forced to work abroad, they need a way to send money back to their families. Bitcoin becomes such a way often.

Due to the low income rate (around $0.72 per day), most Venezuelans are not able to benefit from Bitcoin investment. However, they tend to use it for making payments. Over 20,000 started accepting cryptocurrency payments in 2020.

As Venezuelan national currency Bolivar lost most of its value, many of the country’s citizens prefer using BTC to store the value of their earnings. For this reason, some enterprises practice paying salaries in cryptocurrency.

One of the Venezuelan Bitcoiners and crypto journalists, Javier Bastardo, admitted in a blog post that he prefers receiving his salary in bitcoins. This allows him to preserve the purchasing power of his earnings as well as to raise some funds when the BTC price increases.

“Bitcoin gave me back the opportunity to save money. Even if it’s not much, even if I can only hodl a few sats, even when USD value fluctuates. In a country devastated by hyperinflation, this is a holy opportunity, and 1 sat is 1 sat.”

For this very reason, Venezuelan freelancers also prefer getting cryptocurrency for their work. Besides, due to tough US sanctions against the country, they choose BTC to avoid scrutiny and problems while getting paid by customers from other countries. There is even a freelancing platform called Venezuela Workers that only accepts cryptocurrency. This is the first platform of the kind, aimed at helping Venezuelan freelancers to get paid for their work.

Lack of trust in Petro

Despite Venezuelan government having launched its own cryptocurrency called Petro, the country’s citizens still tend to choose Bitcoin. It seems that not only the international community lacks trust in it. Venezuelans themselves mostly avoid dealing with Petro, although the administration of the president Maduro makes all efforts to popularise it.

In mid-2020, the government reduced oil prices to boost the use of Petro as the currency is oil-backed. When the lockdown started, Maduro promised to pay bonuses in Petro to doctors dealing with COVID-infected patients.

However, such moves were still treated with scepticism. Some citizens started avoiding Petro even more, seeing this thrusting as another attempt of the government to control them. Mr Bastardo in his blog post called the Petro “a governmental-pseudo-shitcoin”, arguing that its value is currently as low as that of the Bolivar.

Nevertheless, Petro had some positive influence over general cryptocurrency adoption in Venezuela. According to Gabriel Jiménez, a Venezuelan blockchain entrepreneur, the appearance and promotion of the national-backed digital money raised people’s overall awareness about crypto, making them less afraid of dealing with it.