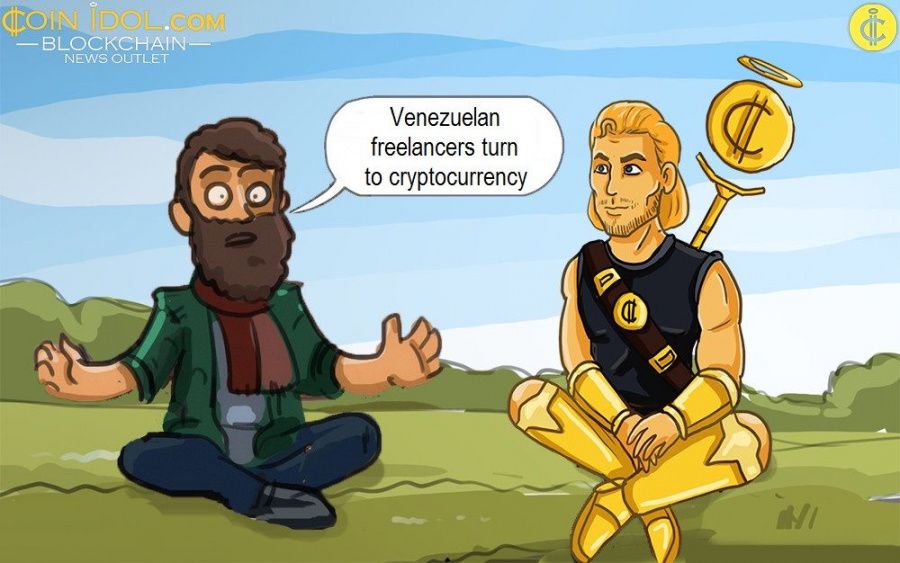 Venezuela faces lots of issues due to the sanctions imposed by the United States of America against the authoritarian regime of President Nicolas Maduro. Therefore, its citizens face the need for tools and ways that would allow them to circumvent the economic crisis in the country.

For over a decade, the US has slapped tough sanctions while responding to the operations of the Venezuelan government. In March this year, CoinIdol, a world blockchain news outlet, reported that the USA authorities accused President Maduro and 14 other officials of narco-terrorism and other illicit activities. This particularly concerned drug trading using Bitcoin, their own state-backed cryptocurrency Petro, and other digital currency payments. In such a way they attempted to hide transactions as well as bypass the existing sanctions, according to the US Dept. of Justice.

A bounty of $15 million was to be given to anyone who arrests Maduro and hands him over to the US authorities. However, it does not seem that Mr. Maduro is going to get behind bars anytime soon.

By October 30, 2020, more than 159 Venezuelan officials and those connected to Maduro's government have been sanctioned by the US Treasury Dept. Visas of over 1,000 officials as well as their families, were cancelled by the State Department.

Since the country has a lot of oil wells, the Trump Administration targeted and sanctioned big oil companies including Petróleos de Venezuela, S.A., or PdVSA, that were generating massive revenues to the country. The aim was also to fast-track a debility in the country's oil production. The central bank of Venezuela was also sanctioned for operating in the banking and financial industry of the country’s economy, in accordance with Executive Order 13850.

The US imposed trade and economic sanctions against Venezuela to make sure that Maduro and his regime do not make any profits from unlawful gold mining, oil operations done by the state, and many other business activities which would help facilitate the administration’s illicit operations and human rights violations.

To show that the US is serious on this issue, on September 17 last year, the US Department of Treasury increased sanctions on about 3 individuals and 16 entities from countries (such as Panama, Colombia and Italy) that were supporting President Maduro and his proscribed administration to dissipated benefit or make profits from importation and distribution of goods, especially food aid, in the country. The sanctions have caused and accelerated the poor living conditions and standards of living in the country. The country is also facing a hyperinflation of more than 4,000% by 2017 and 1,700,000% by 2018.

According to the report published in 2019 by Weisbrot and Sachs (WS), “sanctions reduced the public’s caloric intake, increased disease and mortality, and displaced millions of Venezuelans who fled the country as a result of the worsening economic depression and hyperinflation.” “sanctions have inflicted […] very serious harm to human life and health, including an estimated more than 40,000 deaths from 2017-2018.”

As many governments (such as Iran, Zimbabwe, Turkey, China, Russia, etc.) battling with sanctions and other economic crises, are starting to seek refuge in digital currencies, the Venezuelan government also decided to use cryptocurrency to relieve things for their citizens. For instance, there is a platform for freelancers that accepts cryptocurrency.

The freelancing platform called Venezuela Workers connects freelancers in the country with global employers to offer them some income generating tasks and be paid in cryptocurrencies like Bitcoin (BTC), Petro, Bitcoin Cash (BCH), and other accepted coins. The platform intends to help the citizens deal with the existing economic crisis caused by the Covid-19 pandemic and the sanctions, a thing that has massively contributed to the further depreciation of national currency, bolivar, and hyperinflation.

The government has been encouraging the citizens to use Petro in making cross-border transactions, buy passports, pay medical bills and also store their wealth in the coin. Venezuelan pensioners are to be paid using cryptocurrency. Trading Petro coins is now one of the lucrative businesses in the country.