Venezuelans Government Forces Citizens to Use Petro While Buying Passports 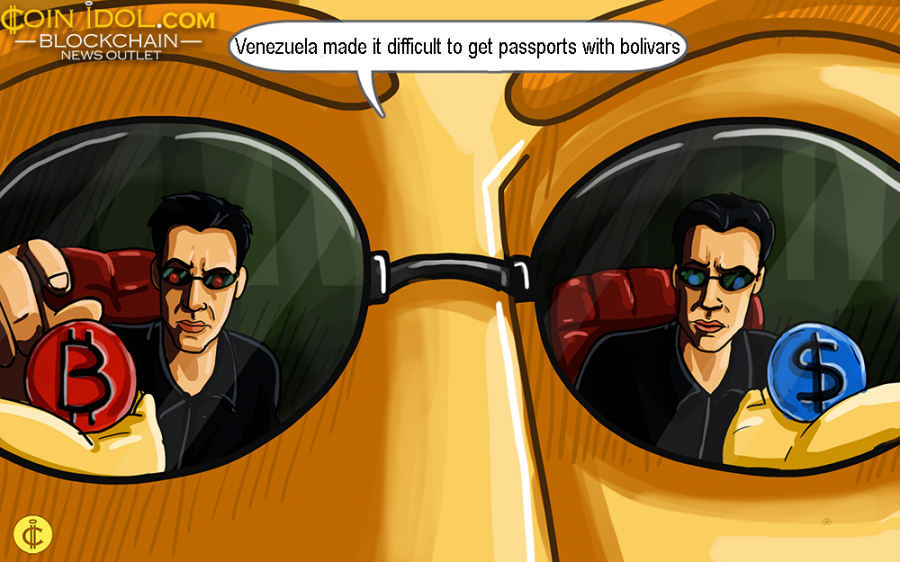 In a struggle to dock and behedge an exodus from the nation, the government of Venezuela has made it very difficult to get passports with bolivars.

The hopelessness in Venezuela which leads its citizens to seek refuge somewhere else is worsened by the recent government decision to only accept the Petro for buying passports, according to a Reuters report.

A New Force is in Place

Additionally, a new migration police force was formed, that is likely to make it hard for refugees to cross the country's borders because of the large economic crisis it is presently facing.

Vice President Delcy Rodriguez wasn't affable and considerate on why they made these changes, though it’s believed that the Venezuelan government is very concerned about a huge mass exodus as UNHCR chief Filippo Grandi approximates 5,000 people escape from the country each day that passes.

“The migration police is born to tend to the 72 [ports of entry] that exist at borders, ports and airports,” Rodriguez said.

The new pricing model will start working in November though there is no proper indication of how nationals will be able to get the crypto or its present market price.

Considering the face value of the Venezuelan project's white paper, 1 Petro is approximately equivalent to 1 oil barrel. According to the Ministerio del Poder Popular de Petróleo's data, we ascertain that 1 barrel of Venezuelan oil is presently worth $74.90.

This figure sets the passport price at a minimum of $149.80. Putting in mind that the country's minimum wage is approximately $30 a month, it would take almost half a year to afford the full documents permitting them to leave Venezuela legally.

The most probable case following this is the formation of a black market for illegally trafficking citizens outside the border as the country goes on to crack down on its massive flight of human capital.