Ukraine and Russia at the Forefront of Embracing Cryptocurrency 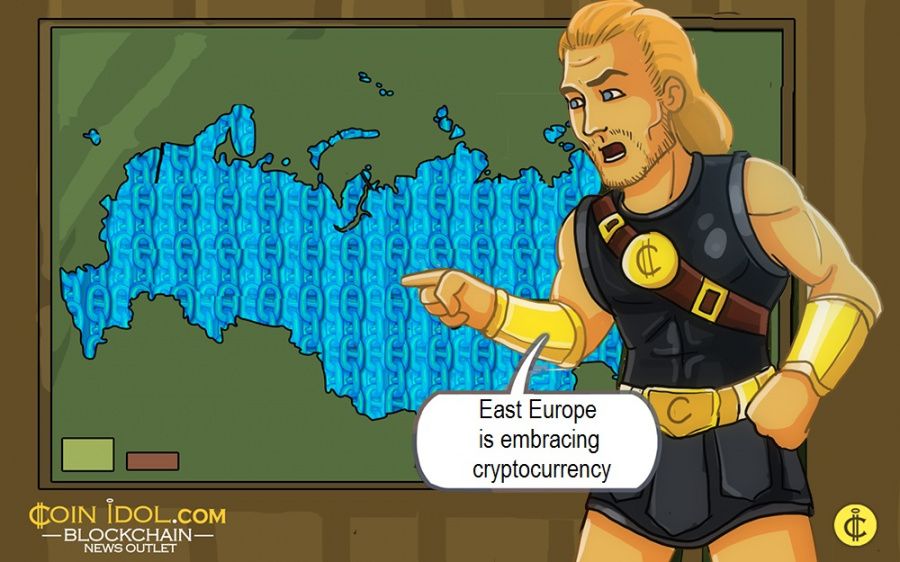 Eastern European countries are topping the list in cryptoasset adoption speed. Particularly, Ukraine and Russia have topped others because they have unduly intensive cryptocurrency usage. This shows that a bigger ration of nationals has moved away from traditional monetary activity to cryptoassets.

According to the Chainalysis 2020 Geography of Cryptocurrency Report, their Global Crypto Adoption Index shows that Ukraine and Russia are in the first and second places respectively. In just one year of study, the researchers discovered that Russia sent more than $16.5 bln in form of digital currency and received about $16.6 bln worth of cryptoasset. Powerful countries, including China and the United States, received and sent smaller amounts of cryptocurrencies, but they had a bigger level of adoption if the sizes of their populace and economies are put into consideration.

Such a rate of embracing cryptos in the biggest post-Soviet countries could be caused by the far-reaching lack of public trust in regime, media and business. The two nations are experiencing massive bribery activities, large-scale cronyism and other kinds of corruption, so individuals and businesses that are unfavored and harassed by the ruling government fear that their money can be confiscated or stolen anytime – and end up investing it in cryptoasset or making transactions or payments using cryptoassets that are difficult to trace compared to banknotes.

The nationals of these two countries also don’t trust their banks as well as their governments’ financial policies. For instance, 56 percent of Russians have a negative sentiment towards banks because of the nation’s crises that happened in the 1990s. Also, in the past decade, giant banking institutions in Ukraine registered a lot of debts and they eventually collapsed. The lack of trust in the two countries has therefore triggered the citizens to seek refuge in Bitcoin hence a skyrocket in cryptocurrency adoption.

The coming of cryptocurrency was found when the citizens of these two nations became familiar with digital payments and e-money, and this has made the adoption of BTC and cryptoasset very quick and easy. There is also a remittance use case for cryptocurrency in the area.

There are main efforts of both territories being registered in the blockchain and cryptoasset field. As per the report by CoinIdol, a world blockchain news outlet, Ukraine is planning to use energy surplus for crypto mining.

The country’s ministry of energy is formulating regulatory and technical aspects and is exploring the possibility of using nuclear power plants to generate cheap electricity for cryptoasset mining, and this would help the state to generate extra income to boost its economy that has been hit hard by Coronavirus epidemic and the malevolent military operations in the East.

Russia is also investing heavily in blockchain-related projects. Third parties are also helping the country to achieve its targets as far as blockchain technology is concerned. For instance, Microsoft will participate in developing a corporate distributed ledger tech (DLT) in Russia – the aim is to enhance tech development in the nation.

The dark side of adoption

For instance, hackers attacked and stole info of over 120 million car owners in Russia and attempted to sell the information on the darknet platforms for cryptoasset – (around 0.3 Bitcoin). A hacker in Ukraine known as Sanix also stole over 770 million emails and over 20 million passwords and sold it in exchange for cryptocurrency. Besides, the Ukrainian cryptocurrency market is popular among money launderers.

However, even such an activity can be considered good news for the countries as well as the region in general. The growth in any cryptocurrency activity means the growth of its adoption by the community. Provided that the countries succeed in building a proper regulatory framework, illegal activity might be reduced, boosting further legal adoption of cryptocurrency.