Microsoft to Take Part in Developing Corporate Blockchain in Russia 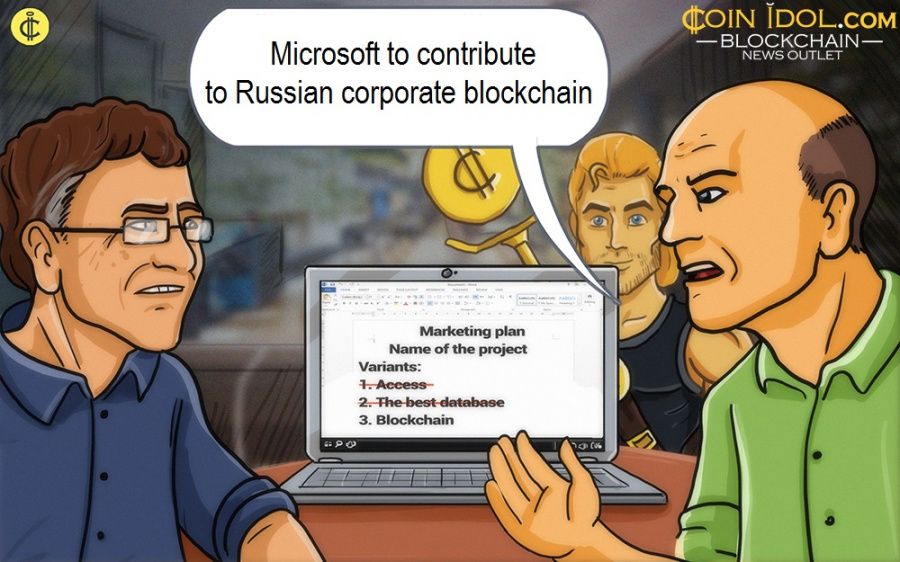 Global tech giant Microsoft is going to contribute to the development of a Russian corporate blockchain. The company’s representative office in the country signed a memorandum with a blockchain startup to enhance the technology development in the country.

Owing to the memorandum, the startup called Waves Enterprise will gain access to the Microsoft Azure Marketplace, which would allow for development and adoption of new corporate solutions. Such cooperation would facilitate the implementation of the best international practices to generate an entirely new service model for corporations.

Additionally, Microsoft plans on launching a cloud service on the basis of Azure analytical tools, which would result in enhanced analytics, data collecting and structuring, automated smart contract audit etc. The new platform will be able to interact with various blockchain apps regardless of node location.

As a result, the project would facilitate the development of a corporate blockchain that would enhance business processes for numerous Russian companies as well as companies from other countries.

Microsoft is known for its active participation in developing and adopting innovative technologies. So it is obvious that blockchain and cryptocurrency could not be left outside their focus. Previously, Microsoft had already explored blockchain technology for enhancing analytics.

As CoinIdol.com, a world blockchain news outlet reported, the tech giant was involved in a partnership with other companies like IBM and Oracle, as well as prominent healthcare organizations and governments, to develop and trial a blockchain-based system for improved COVID-19 data collection.

Besides actively exploring the potential of blockchain, Microsoft had also made some efforts to enhance the cryptocurrency mining industry by making it more energy-efficient. Back in March 2020, the giant filed a patent for a new kind of mining equipment that would use human brain waves and body temperature to mine digital coins. Within this new technology, mining can be performed by solving tasks involving physical activity instead of mathematical tasks.

Considering the fact that Microsoft Corporation has always been at the forefront of innovations, it seems only natural that it is implementing modern disruptive technologies. Therefore, it is quite possible that we might see even more disruptive solutions from the tech giant.

Tags
Blockchain Microsoft Russia Development Technology Startup Companies Mining Service Analytics
Most Popular
May 20, 2022 at 11:30
Price
Ethereum Is in a Confined Range as Bulls and Bears Reach Equilibrium
May 20, 2022 at 10:38
Price
Ripple Consolidates above $0.38 as Buyers Emerge in the Oversold Region
May 19, 2022 at 15:30
Price
TerraUSD Falls Significantly as Bears Gain More Grounds
May 19, 2022 at 13:00
PR
A Review of Olympus4x.com Broker
May 19, 2022 at 12:20
News
How Gaming and Online Casino Promote the Use and Popularity of Cryptocurrency
More