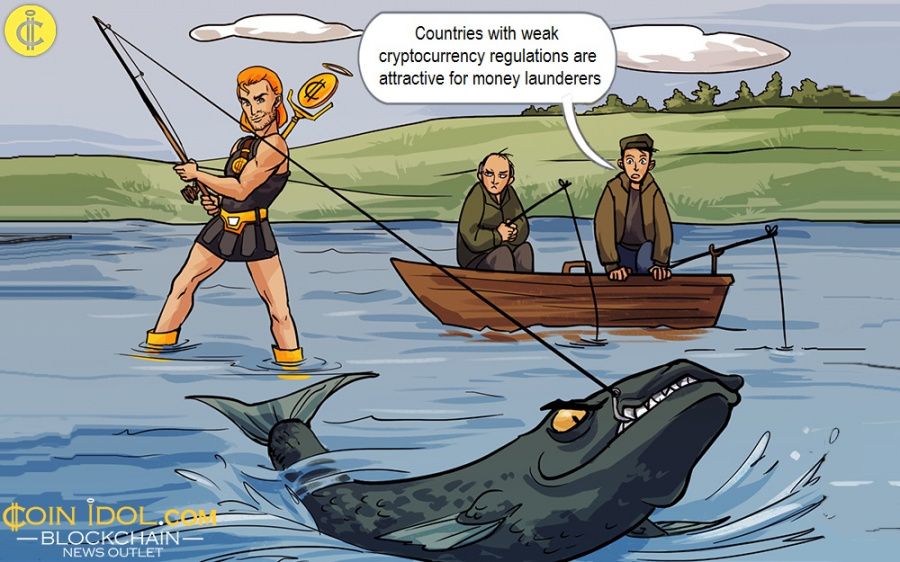 Ukrainian cryptocurrency market is under-regulated and therefore attractive for those wishing to take advantage of it for criminal purposes. Recently, law enforcers exposed a gang that has laundered about $42 million using cryptocurrency.

Such activity is explained by the lack of regulations in Ukraine. Money laundering has been a problem for many countries worldwide. However, governments strengthen their regulation of the cryptocurrency industry, so it becomes harder to do illegal business. That is why criminals often choose countries with weaker regulatory frameworks.

In June 2020, three members of a criminal group were arrested by the Ukrainian police. They could be sentenced to 8 years behind bars after being found guilty of cryptocurrency money laundering worth $42 million for the past 2 years. The pretrial probe into the cryptocurrency fraudulent case is continuing.

The group managed to design websites and used them to conduct their illegal transactions including depositing and withdrawing cryptocurrency and then swap it with paper money at various overseas exchange platforms and were offered by proxy representations of coordinators.

The Cyberpolice in the country has been collaborating with Binance cryptocurrency exchange since early this year to trace and arrest these money launderers. As per the report released on August 18, the Ukrainian Cyberpolice together with the Binance Sentry team used algorithms and other potential methods to detect and track suspicious transfers associated with monetary crimes and scams.

However, other criminals on the loose are continuing to terrorize cryptocurrency users and are busy bypassing the regulations set by the financial authorities, by using different tools such as the Webmoney system that is currently banned in Ukraine.

Nevertheless, money laundering with the help of cryptocurrency is not the only kind of crime associated with digital currency registered in Ukraine.

Back in June 2020, illegal cryptocurrency miners were stealing electricity by connecting their electric equipment to the power transformers in the village Novosilki Vyshgorodsky district of Kyiv region. Other illegal Bitcoin miners were arrested by the Security Service of Ukraine (SBU) at South-Ukraine Nuclear Power Plant (NPP). The miners wanted to utilize the standby power supply and free and fast internet at the NPP to conduct their mining business effectively.

As per the report by CoinIdol, a world blockchain news outlet, the country’s security service arrested the suspects and seized their cryptocurrency mining equipment at the military unit of NGU, and started investigations to figure out what motivated the officials to allow illicit crypto miners to access and use the NNP resources.

Attempts to regulate the industry

While it is obvious that such a high rate of crypto money laundering as well as illegal mining is caused by flaws in the existing regulatory framework. That is why the Ukrainian government introduced new rules for financial monitoring which came into effect on April 28, 2020. The regulations aim at preventing illicit activities connected with cryptocurrencies such as money laundering, terrorism financing, drug trading, financing proliferation of weapons of mass destruction, and many others.

Ukraine generally demonstrates a friendly stance to blockchain and cryptocurrency. The government has even considered using the energy surplus for mining Bitcoin and other cryptocurrencies, according to CoinIdol, a world blockchain news outlet.

Nevertheless, despite significant efforts made by the country's authorities, the current situation proves there are lots of things to be done to prevent money launderers from taking advantage of the Ukrainian market.