Ukraine Plans on Using Energy Surplus for Cryptocurrency Mining, While Its Citizens Are Threatened with Massive Shutdowns 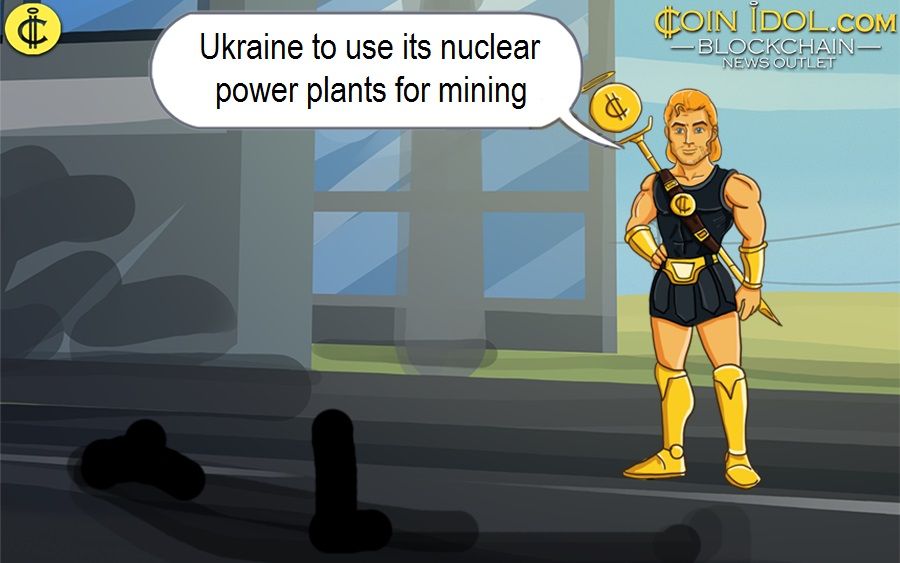 The Ukrainian Ministry of Energy offered the Energoatom energy generating company to explore the possibility of cryptocurrency mining using the potential of nuclear power plants.

As local news outlets informed on May 5, the Minister of Energy, Olha Bohuslavets, forwarded a directive to the company management prompting them to develop regulatory and technical aspects for implementation of a cryptocurrency mining project using the nuclear energy surplus.

Such a move triggered a mixed reaction of Ukrainian citizens, which forced the Ministry of Energy to clarify such a move on their official Facebook page. Thus, they stated that Ukraine has a nuclear energy surplus which could be reasonably used for making extra money for the country’s economy, which is weakened by military actions in the East of the country as well as the coronavirus pandemics.

By the way, the Ministry stated that it was the COVID-19 pandemics that increased the energy surplus, as many manufacturing enterprises were forced to stop their operations. Therefore, there is a good opportunity to turn passive assets into active assets and help the country’s economy. Besides, such a strategy resonates with President Volodymyr Zelensky’s plan on digitization.

Despite the fact that such an idea could be considered quite an effective one, Ukrainian citizens responded to it quite negatively, which is obvious from comments under the Ministry’s post on Facebook. First of all, because it is unclear where the “surplus” came from in the first place, as people were intimidated with massive shutdowns as far as a couple of weeks ago.

Indeed, local news outlets and even TV news claimed that there was a shortage in energy production due to the pandemics, so Ukrainians must get themselves prepared for massive shutdowns and price increases. But now it suddenly turns out that, on the contrary, the country has an energy surplus due to many enterprises shutdowns. Quite controversially, isn’t it?

Most Ukrainians consider it to be wiser to use the surplus (if there is actually any) to decrease the energy price as many people simply can not afford to pay more fees due to the lockdown. Besides, as the general awareness about cryptocurrency in the country is still not very high, ordinary citizens simply do not understand how it can benefit the economy. Moreover, with the current level of corruption in Ukraine and a high level of distrust for the government, it is no surprise that people demonstrated hostility towards such a plan.

The issue of energy efficiency

Be that as it may, Ukraine might well become the first country with government-backed cryptocurrency mining. In most other countries governments are trying to regulate the mining industry. However, none of them is known to forward any resources for the process. Probably, because it would be unclear how to distribute profits from mining. For if the resources belong to the nation, it is the people who should get the eventual benefit.

Besides, mining is known to be quite an energy-consuming process, so it might be more reasonable to seek ways of making it more efficient instead of simply forwarding new resources in the industry. In fact, the issue of energy efficiency of mining prompted many global giants to look for ways of optimising it by using renewable sources of energy or applying new technology.

For instance, coinidol.com, a world blockchain news outlet, has reported that Google has been exploring the possibility of applying quantum computing to optimise mining. While having nearly the same energy-consuming rate, a quantum computer has much more capacity to make the process faster and more effective.

Meanwhile, Microsoft has gone even further and submitted a patent for a mining technology that involves human brain waves, thus allowing it to take energy for mining from ordinary physical activity.

Generally, the plan on making money out of the energy surplus through cryptocurrency mining seems not so bad. However, such a strategy might seem frankly weird, considering the fact that Ukraine still buys energy from neighbouring countries. At some angle, it might be wiser indeed to use the surplus for making the country’s energy industry more independent from the import market instead of forwarding it to the industry with quite unstable profits.