The Time for Byteball is Now 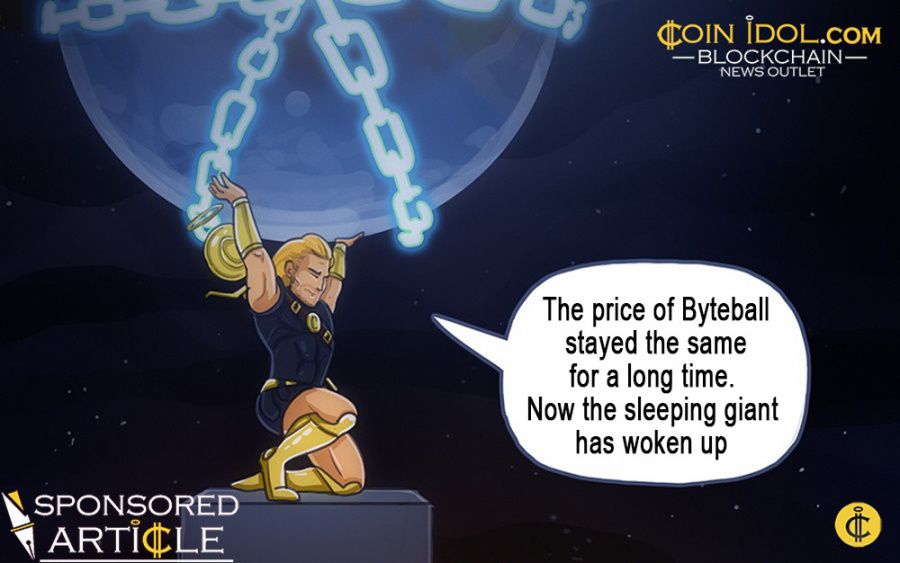 In recent weeks, we have witnessed increased interest in DAG-based currencies. This new revolutionary technology, which addresses the problems of existing blockchain currencies, is part  of IOTA and Raiblock's recently success, whose capitalization increased seven-fold for IOTA and 20 times for RaiBlocks. Both of these currencies have recently become popular with everyone wanting to buy some. The price of Byteball, however, stayed the same for a long time. Now the sleeping giant has woken up and its price has increased from $330 to $770, more than 130%.

Byteball has many advantages, the 'airdrop' has already provided us with a good distribution of the coins and thus a large user base. Real-life use is promoted thanks to the Byteball Cashback Program. Dealers and service providers can apply for a refund of 10% of the invoice amount in the form of bytes to customers. If you pay directly in bytes, you can even get a 20% refund. The ICO from Titancoin has been added to the Byteball Wallet, where you can purchase assets of a Titanium via a chatbot directly in the Byteball wallet.

- generation of assets with defined properties, such as private blackbytes

- no limitation to the number of transactions

- smart contracts can bind transactions to conditions. 'Smart payments’ are created directly within the wallet.

- adding data into the chain, such as BTC rates, sports results or flight data.

There are a few exchanges where you can trade with Byteball Bytes such as Bittrex, Cryptox and Cryptopia. CryptochangeX a London exchange has recently opened, which also has listed bytes. Soon, even trading against fiat will be possible.

Last week, a new wallet was released, version 2.0.0. Advantages include:

- sending Bytes to email by typing the recipient's email address where you would normally type his Byteball address. If the recipient doesn't have a Byteball wallet yet, he will be prompted to install it in order to receive funds.

In the case of IOTA, Raiblocks lasted the up-trend for several weeks, so it seems that we are at the beginning of a longer cycle.