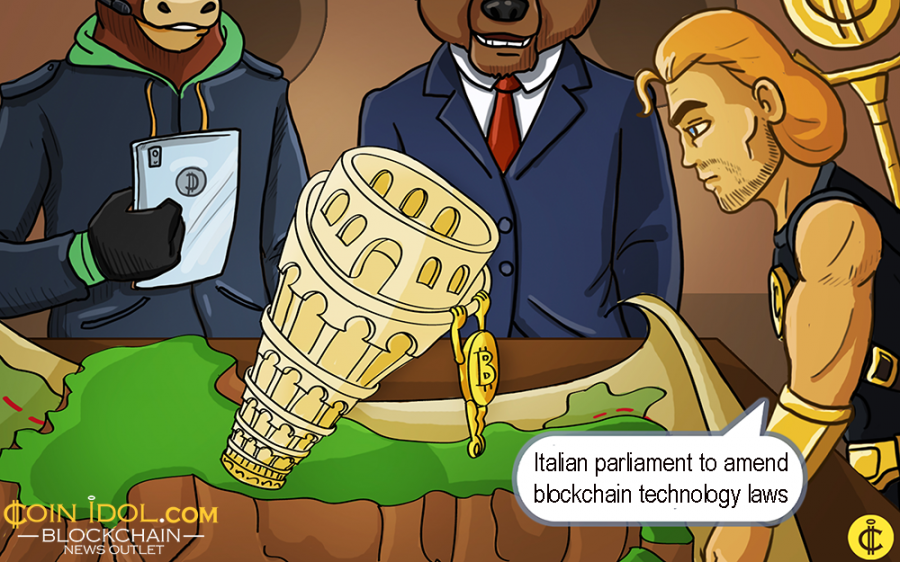 Zero paper is required in the digital exercise and blockchain technology legal validity of smart contracts in the suggested amendments that were officially presented to the Senate. €750,000 allocated for startups. The M5S group presented two important amendments to the “simplification” law decree, that is now under a thorough examination by the Constitutional Affairs & Public Works commissions of the Senate.

Zero paper in the telematics exercise. A significant amendment to the Simplification bill which is starting the approval exercise to the Senate forbids “asking, in any form, a paper copy of the documents (docs) filed in electronic form.” The enforcement of the provisions is anticipated to be a base for determining and assessing the organizational and private performance of managers. In case of any failure to abide by the provisions, the managers will be responsible for that matter.

Technology based on blockchain will ensure the legal value of smart contracts. A suggestion to rectify the decree notes:

"Storing an IT doc via the use of DLT produces the legal effects of electronic time validation." "The smart contracts - continues the text - satisfy the need of the written form after informatics identification of the interested parties, through an exercise having the requisites set by the Agency for Digital Italy with guidelines to be adopted within 3 months from entry into force of the law changing the decree law.”

Smart Contract is a significant program that is based on a code which has both the agreed terms and the operating conditions needed for the running of a good or service. Essentially the object of the contract “comes into operation” when the exact conditions match the predefined clauses and key conditions.

The innovative facet is evidently the total absence of human intercession, of the authoritative intermediaries like lawyers or notary public.

The M5S suggestion launches a tax credit of €25,000 annually for startups operating in the distributed ledger technology (DLT) sector which resolve to locate in the municipality of Campione d’Italia.

"The startups operating in the DLT sector that elect legal and production headquarters in the territory of the municipality of Campione d'Italia can take advantage of a tax credit of €25,000 annually starting from the year of settlement. In addition, they will be able to take advantage of all the additional benefits for startups,” the amendment notes.

Costs for buying and renting of real estate are totally not included in the welfare. For accountability, €750,000 are apportioned annually starting with this year.

A law has also been officially filed which enables the collection of signatures for referendums digitally.

The Agency for Digital Italy must discover the technical standards for the production of the certification impacts, in just 3 months from the entry into force of the law changing decree.

However, in parliament, an individual resolved to “throw the heart over the obstacle.” Gianluigi Paragone suggested removing the obligation to bring paper copies of appeals and other procedural docs filed electronically.

Considering the electronic administrative process, the rectification exercise to erase the ‘mother’ norm of the paper copy in the Pat, incorporated in the dl “efficiency of justice” changed into Law 197/2016. Now, the proposals remain in the hands of parliamentarians.

Meanwhile, the digital tourism sector in Italy is creating massive opportunities for the citizens and this has led the economy to flourish, as recently reported by Coinidol.